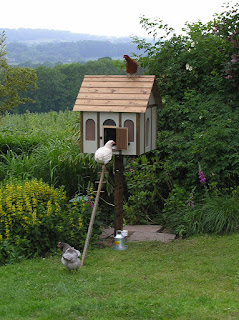 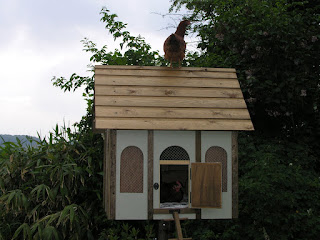 Interesting to note that despite sunset not occurring until 21:28 hrs, all girls are going to bed at 20:35hrs.   There was a bit of confusion though.  Black Betty was first, as usual but there was queue jumping on the ladder and Sandy flew up on the roof.  Normal order was restored and Bluebelle was last again. 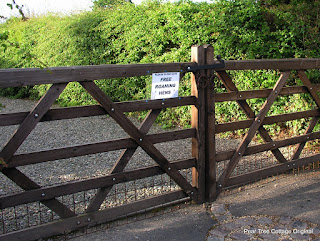 All 4 joined us for sundowners in the summerhouse.....mmm not sure that's a good idea!    They are really getting to know the garden and their favourite siesta spot is in the Sofa border - not actually on the Yew sofa but in all the bark mulch!  They haven't yet discovered the vegetable patch and we hope they don't!

Despite all these avian distractions and heavy showers for days, I did manage to put out nearly all the Geraniums and a sign for the gates which Al has now made dog-proof with some mesh we found behind the garage.