In June 2010 we purchased a House for Hens from Edward Tate of Shropshire which is a pole house in Medieval style.  Shortly afterwards, 4 point of lay chickens arrived.  The original idea was to have fresh eggs with the layers having the run of the entire garden safe in the knowledge that they would be roosting well out of the reach of Monsieur Le Reynard!  Arriving in June meant everything in the garden, was at its tallest and strongest.  What harm could 4 chickens do in a garden of three quarters of an acre?

In the following spring of 2011, we found out!!  When plants were beginning to emerge and displaying all those young, vulnerable and tender green shoots, the chickens attacked showing no mercy and taking no prisoners!  If they didn't devour them, they dug them up.    I lost count of the number of times a certain (and much prized) David Austin rose was replanted. Thorns proved no deterrent any more than the wire mesh surrounding it. A row of beetroot was devoured in a single day. The bank surrounding the bottom of the pond was constantly being dug up and used for dust bathing.  Bomb craters appeared everywhere.  As fast as we filled them, new ones appeared.  All gravel was constantly being moved around - dug up by the hens and swept back by us.  The wood chip mulch in the borders resembled ever shifting sand dunes.  They were ruthless!  The only good to come out of all this freedom was eradication of all slugs but at what cost?  Something had to be done.

We wanted free range without the free for all.  We tried allowing them to gaze along the 'Gaza Strip' - the area of no-man's-land between the 2 lines of rabbit fencing.  We built them a jet-way allowing access.

It worked perfectly for a few weeks but then there was free for all of a more sinister kind. Mr. Fox came visiting. We lost Sandy to a fox who attacked in broad daylight in the middle of the day.  This meant only one thing: the end of total freedom and the beginning of secure and restricted roaming! We first designed and then, with the help of Chris, set about building a spacious, bespoke and shady Bamboo garden of their very own enclosed by an elegant curved fence of concrete reinforcing mesh.  (I really did want curves and not the typical rectangular chicken pen) We made entrances between the Hen Pen and the Hennery which allowed access to shelter from snow  and rain.  We installed electric fence wire above the mesh and planted a beech hedge in front to soften to look and achieve a less concentration camp appearance!  It was difficult obtaining the security of a Category A prison AND keeping the look of an English cottage garden!


Over time, these vandals, looters, hooligans, villains and destroyers of gardens have given rise to more ideas, projects, hassle and graft than could possibly have been foreseen.  Having grown up on a farm, and, yes - we kept poultry: I learned the hard way and now understand exactly why my Daddy never allowed hens to roam in the garden!   The girls are however allowed access to the garden once in a while and this helps keep the slug population in control.

Follow this link to see more of the trouble 4 hens caused in this garden!

Out of the original 4, only Black Betty remains.  Although egg production has declined as the girls have 'matured', we haven't bought a single egg since their arrival.  Any eggcess numbers are sold in the lane from an egg sales point - a small wooden  stall on our gatepost with a roof to shade the eggs which, by the way, won 2nd prize at  Stoke Bliss Agricultural Improvement Society Show -  clever girls! 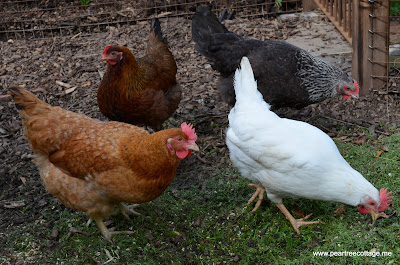 In May 2013, we took delivery of a new Flock of Four.  All were 17 weeks old and at point of lay.  After 10 days, we had 10 perfect little pullet eggs which has to mean that they settled in to their new surroundings really well having no trouble in finding their roosts on their first night - or their nest box!!

When we go away, the girls take their own holiday at a 5* luxury Hen Hotel at Newland Grange where Sarah accommodates them in their very own egglu.  All eggs are numbered and kept safely for our return.  Check out the amazing facilities  at  http://www.newlandpoultry.com/ and drop in if you're passing!

In early 2015, rats were breaching our defences, chewing through the wire and tunnelling up into the Hennery and eating the chicken's food.  Chris Genever came up with a perfect solution - remove all the wood chip, lay concrete slabs and replace the wood chip on top.  We did exactly that and were amazed to find the vast extent of rat excavations.  Since this has been done, we are far less aware of their presence. 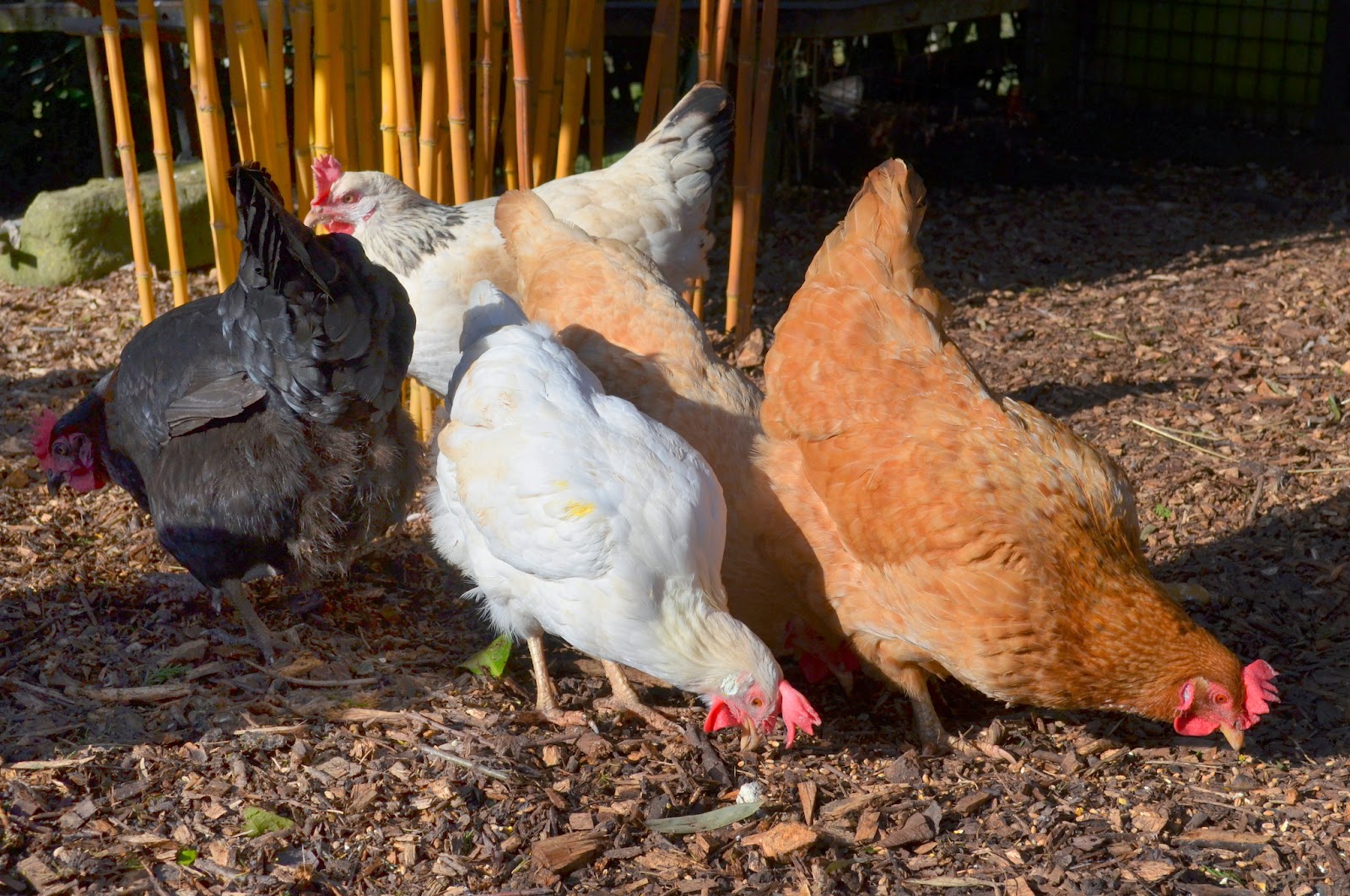 All was well until June 2016 when a fox killed Marigold and Cicely. Notice I say killed and not ate or took! Sophia was found dead some weeks earlier and here we are in August 2016 with just Fiona & Winifred. We plan to increase our flock at some point now that fortifications are complete.

Following losses due to illness in early 2020, 4 new girls: Rosalind the Ranger, Clara, a Copper Star, Bathsheba a Blacktail and Simone a White Sussex all came to live with us on 2 July 2020 aged 15 weeks.  I confirm that all 4 have settled well, can be hand fed and are laying well.  Furthermore, we had our first double yoker in August 2020!!
Clara and Bathsheba are the favourites as they compete with each other to be picked up!