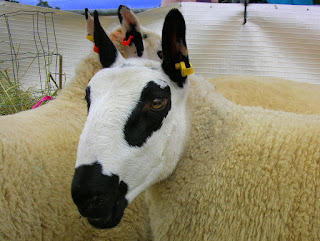 Two days off in a week!  Well, one can't miss Burwarton!  It was a great show apart from the feral children who annoyed everyone with their loud and disruptive behaviour in the grandstand. No sign of any security despite the fact 2 panels of security fencing being removed by show officials!  This meant that 12 or more out of control children were actually inside the arena perimeter and running riot during displays!  We took ourselves off to the far (and quieter) end of the grandstand.  The catering arrangements in the member's tent were a joke and run by incompetents with mile long slow queues and hungry, frustrated and complaining visitors!  Apart from this; it was a really lovely show with huge numbers of people.
http://picasaweb.google.com/PamsPhotographs/BurwartonDistrictAgriculturalShow2010#