It was one of those perfect mist laden autumn mornings.  The sun broke through the mist which lingered in the valley just that little bit longer and it remained a sunny but perfectly still autumnal day. 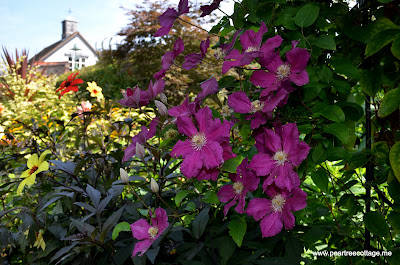 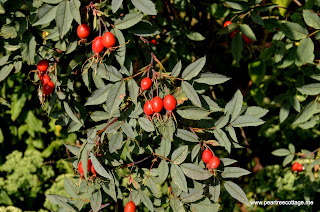 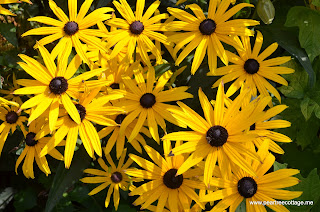 The apples in the surrounding orchards mirroring the sunlight like jewels in the trees but not a single leaf moving in the still air.  The top lawn border a full on rebellion of colour as all the Dahlias are strutting their stuff along with the Rudbekias and the Golden Rod (not much of a name for a plant!)  In fact this border is now Chris's favourite!  Al's Costco Dahlia bargains have grown into giants with blooms as big as dinner plates.  The late flowering Clematis are in full bloom over Kay's arbour drenching it in a shower of pink.  The Glauca rose reflecting the bright sunshine with their glossy red hips.  The girls either lazily preening or sunbathing in freshly dug mini craters with outstretched wings on the warm earth just stirring for a handful of corn. Much of the locally grown corn has been already been combined and the robins are already heralding the end of summer with their doleful songs.  More pictures can be seen at: 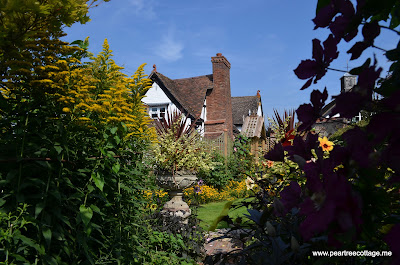