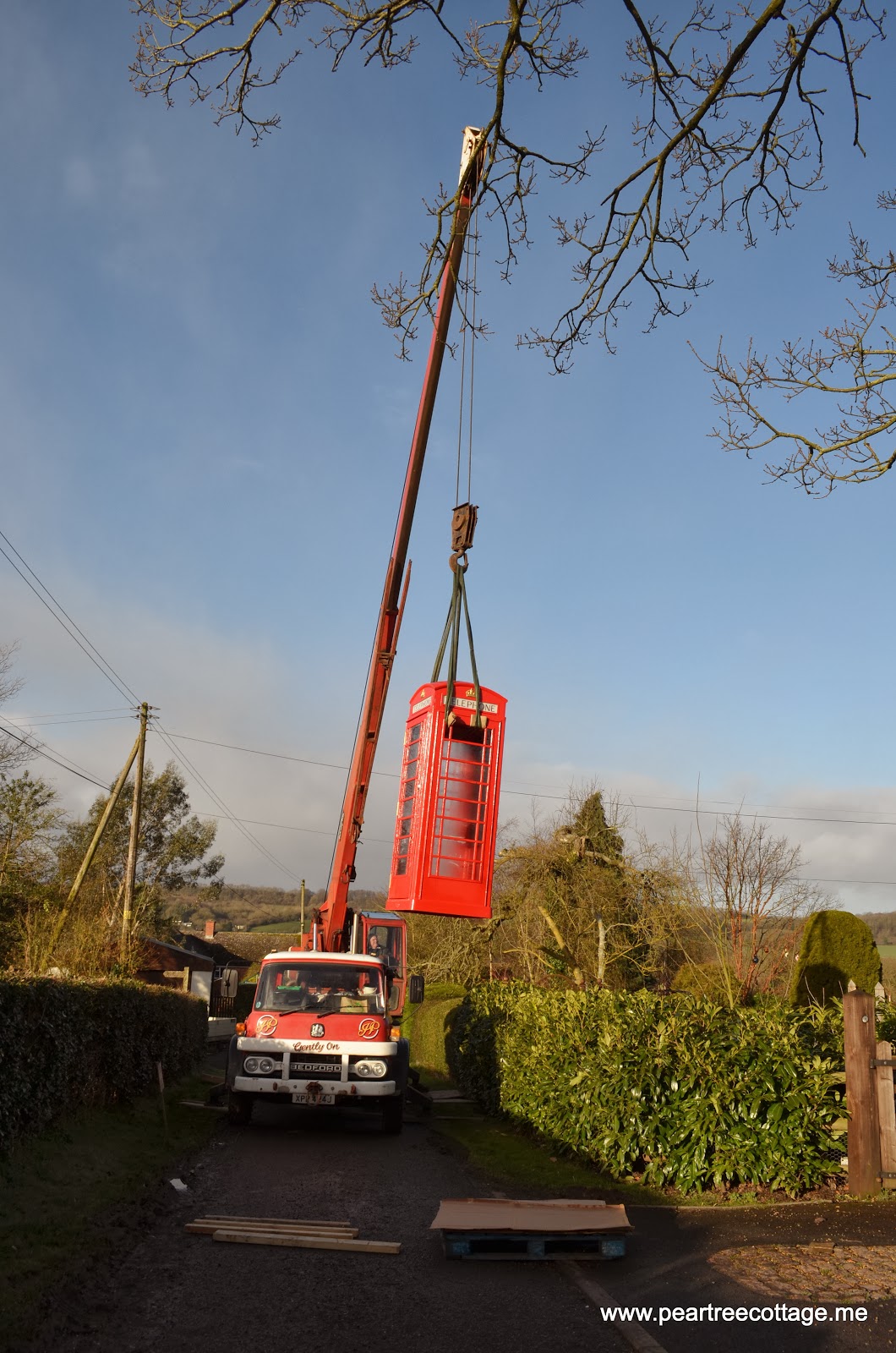 Craning in the Kiosk

Having spent the whole day driving  to and from Surrey yesterday to pick  up our kiosk - in Clarence (Chris's truck), today was crane day. It had to be Paynes of Upton of course.  Where lifting is concerned, real experts are required and they really are experts! First on the scene was Chris G who arrived with an assortment of woods blocks and sheets to place beneath the hydraulic stabilisers.  He was shortly followed by Chris P who, due to lack of time, had abandoned us last night as he ran into the gym leaving me to drive home in his truck with the kiosk on the back!!!!  Paynes arrived on the dot at 8:30am and, 20 minutes later had skilfully lifted the kiosk from the drive entrance, avoiding Kay's Arbour, Cordelia and overhead cables; over the hedge and precisely into place.  Why is it I wonder that experts make difficult jobs look so easy???  So much for Greg suggesting a man at each corner and carry it in!  I must tell you that Tony at Unicorn Kiosks has made a beautiful brass plaque for the back wall telling a little about kiosk history.  (He has also provided kiosks for the Harry Potter films and Tinker, Tailor Soldier, Spy.)  Chris G. will return tomorrow and install the glass and glazing frames which were omitted to allow the crane sling to pass through them. 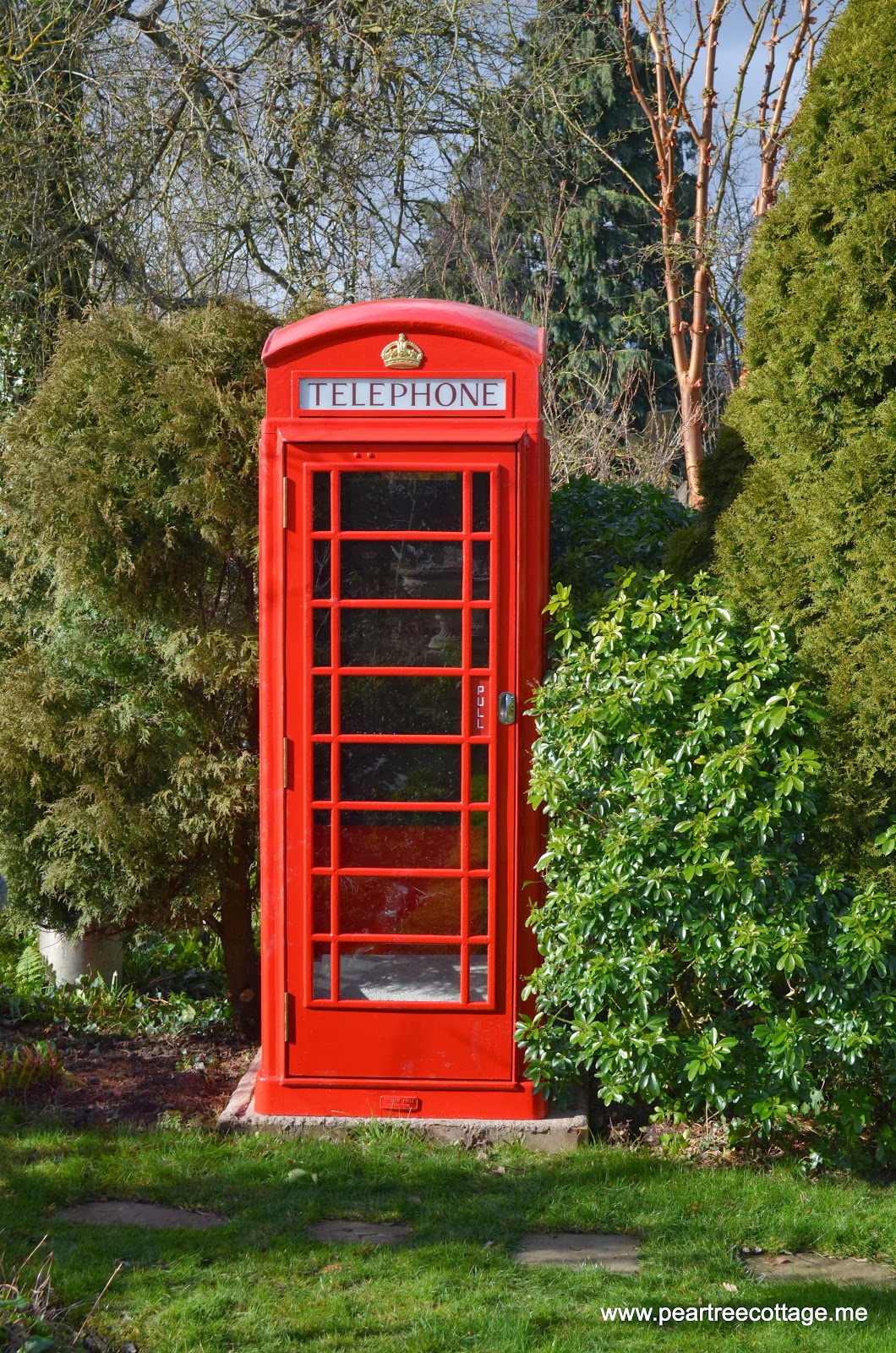 We're now waiting for Dave to wire up its light and to be fair, he has already been out and summed up requirements as well as leave armoured cable for Chris and I to lay in and the kiosk comes with its own light fitting.

Now - how much better than the old plastic coffin does the new kiosk look?

See link below for more photos of this operation (and the old coffin!):