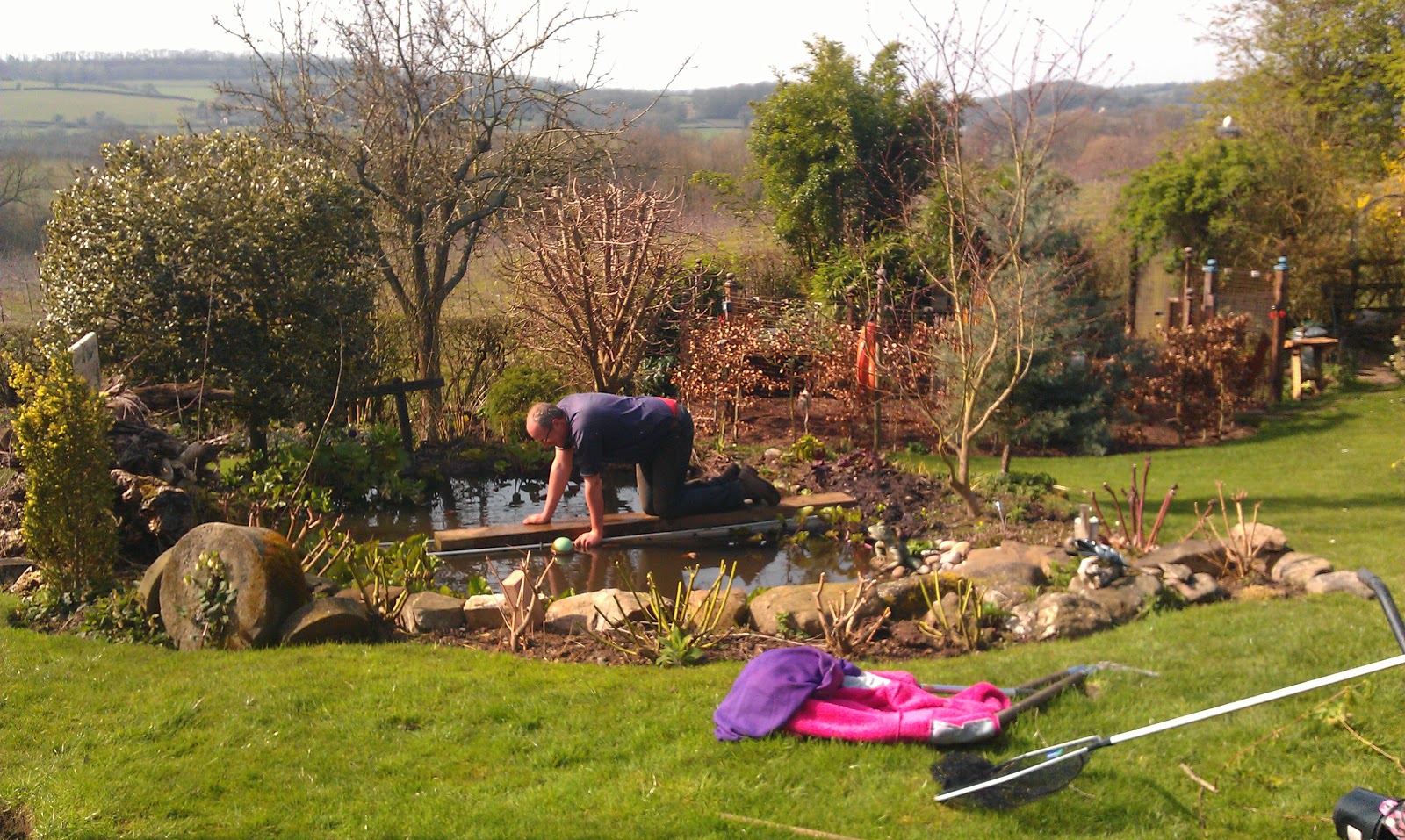 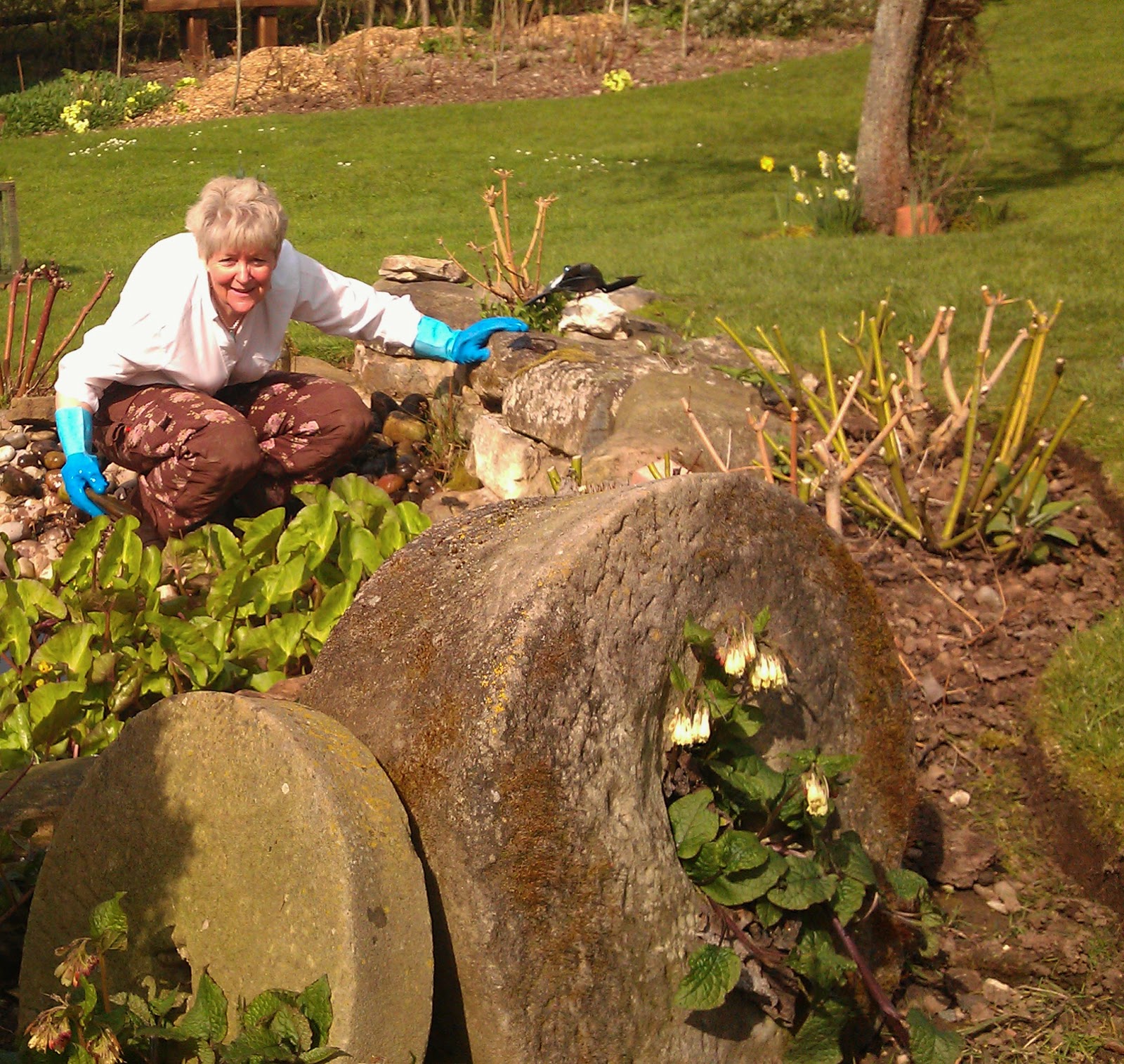 A fine warm day and time to finish tidying the pond.  Last week, Chris donned on waders, scooped out the rubbish from the bottom and we left it on the side for any newts etc to creep back into the water.  This week, it was cleaning out the filtration system and the pump as well as remove silt from the lights.  Rather than wading in (which would have stirred everything up again) Chris decided to do the ladder and plank trick and keep his feet dry!  In the meantime, I washed out all the bits inside the filter and then Chris washed out all the pipes to and from the filter, pond and culvert. I rescued as many pebbles as I could and dragged them back up the beach.  The trouble is; they all slide into the water when anyone walks on them! Having put everything back together again, we left things to settle before switching on the pump and went off to plant the remaining plants which had been laid in the veg patch and then Chris dug the whole lot and then raked it all level. 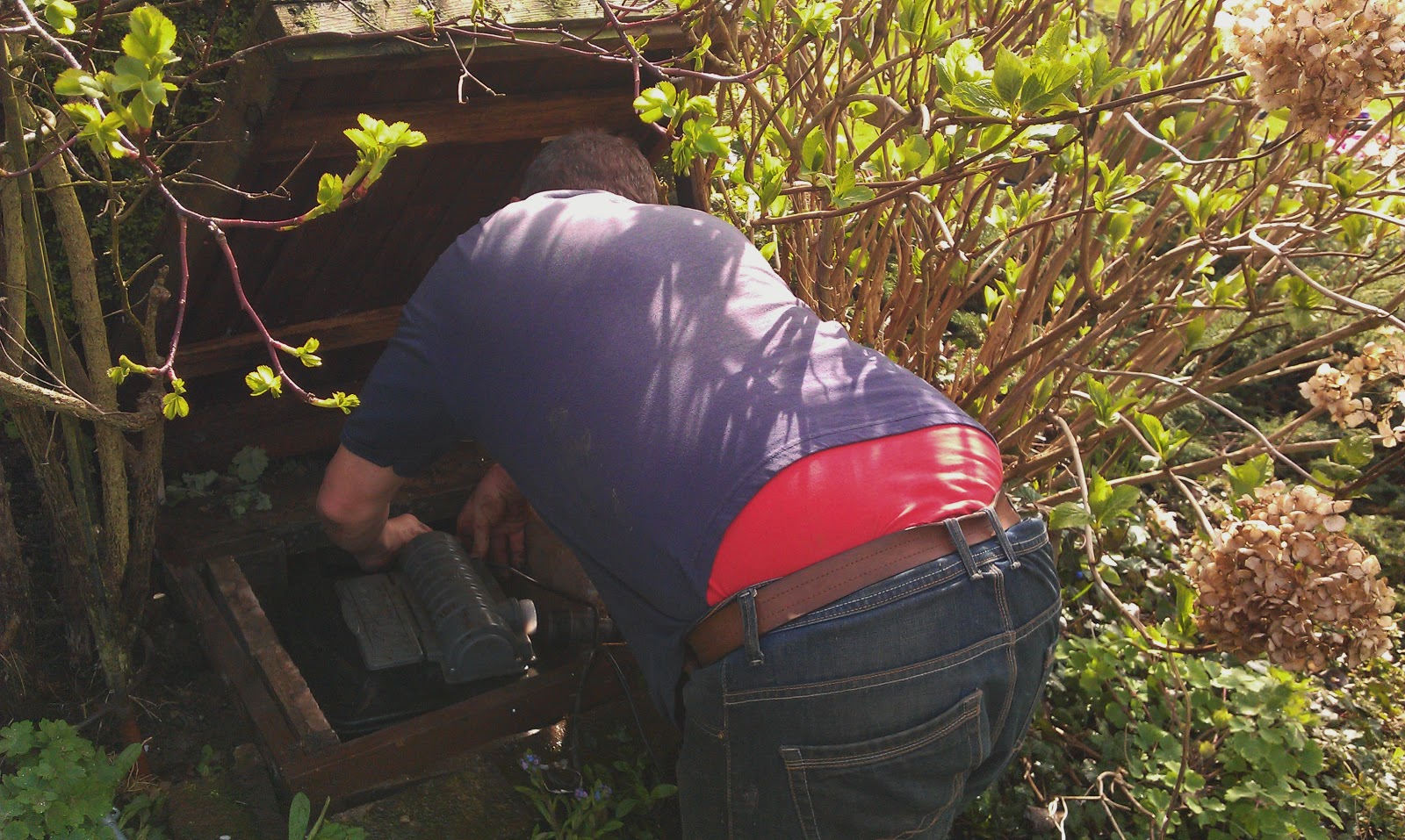 It was when we returned to the pond to ensure the water was circulating reliably, that I spotted a real first. Frogspawn!!  Never before have we had frogspawn in the pond.  The strange coincidence was that Chris had found a dried frog corpse on lawn earlier - weird.  Let's hope we have loads of tadpoles and that the fish don't eat them all!!  Fingers crossed.