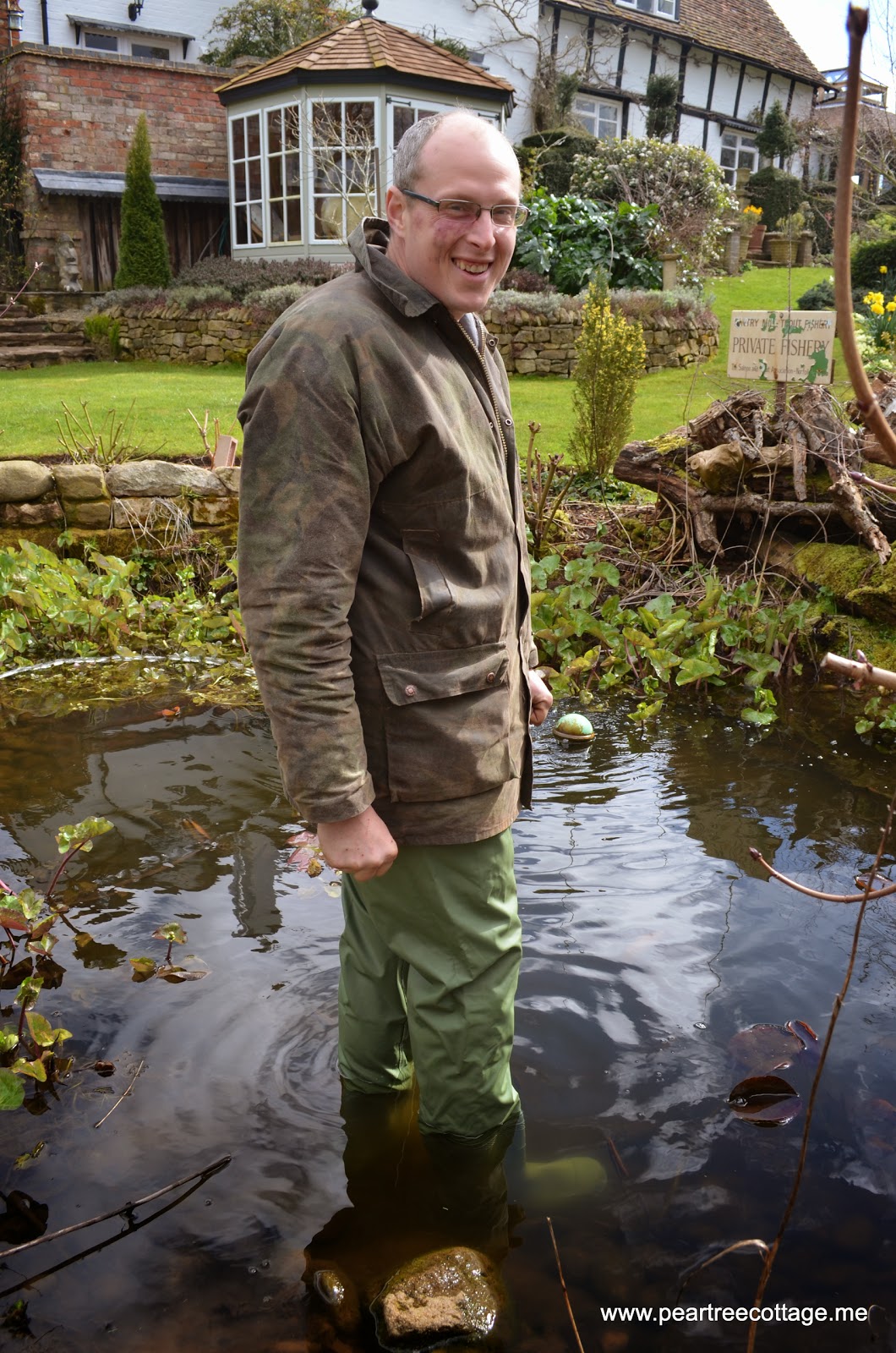 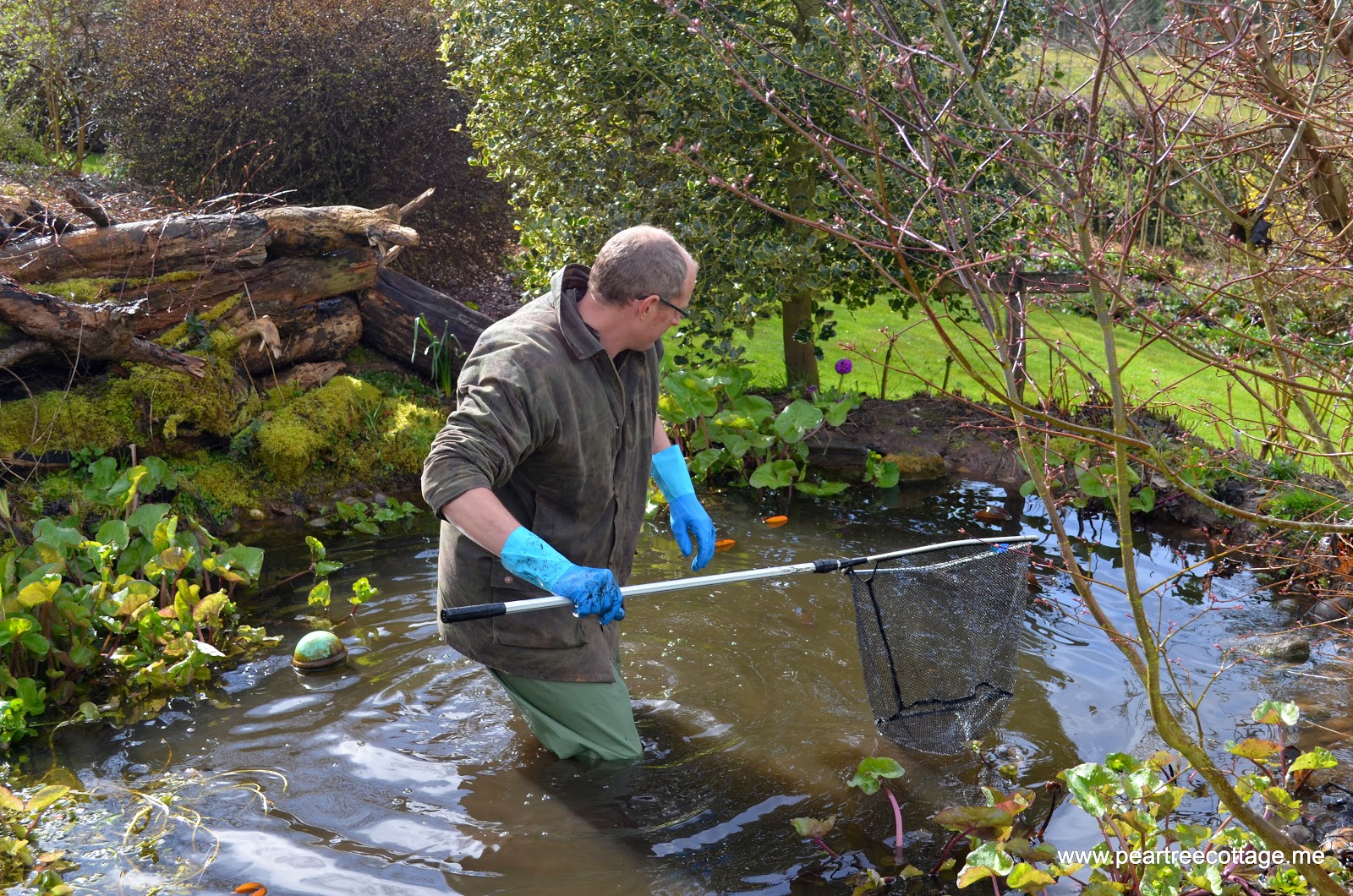 The weather had turned freezing cold and vicious squalls kept sweeping in followed by bouts of chilly sunshine - not an usual Saturday for us.  It seemed like that to Chris too as we read through the jobs list..........that was, until I presented him with a pair of rather fetching waders - in his size!  After some discussion, finding a pair of extra large blue marigolds and much fiddling with the straps, Chris advanced towards the pond with net in hand.  Now our pond is quite small but at 6'4" Chris makes it look like more like a small puddle!  In reality and if I was brave enough to test its waters, the deepest area would be chest height.  That said, he set to work in the icy water scooping out 5 years accumulation of dead leaves from the bottom of the pond.  I had assumed that there would be huge mountains of stagnant, stinky debris ponging quietly away on the the waters' edge but, in truth, there was not very much at all.  We do have some rud and another type of 'bottom' feeding fish (golden perch, I think) so, maybe they are responsible for such little accumulation.  In the meantime, I tip toed around the edges dragging out excess watercress which we didn't want invading the King cups just as they are about to flower and gave it to the chickens to eat.  The sludgy debris was left on the side so that any creatures (we know we have newts and dragon fly larvae) could creep back to their watery homes.  This will be cleared away next week when, hopefully we shall tidy the pond edges and border.