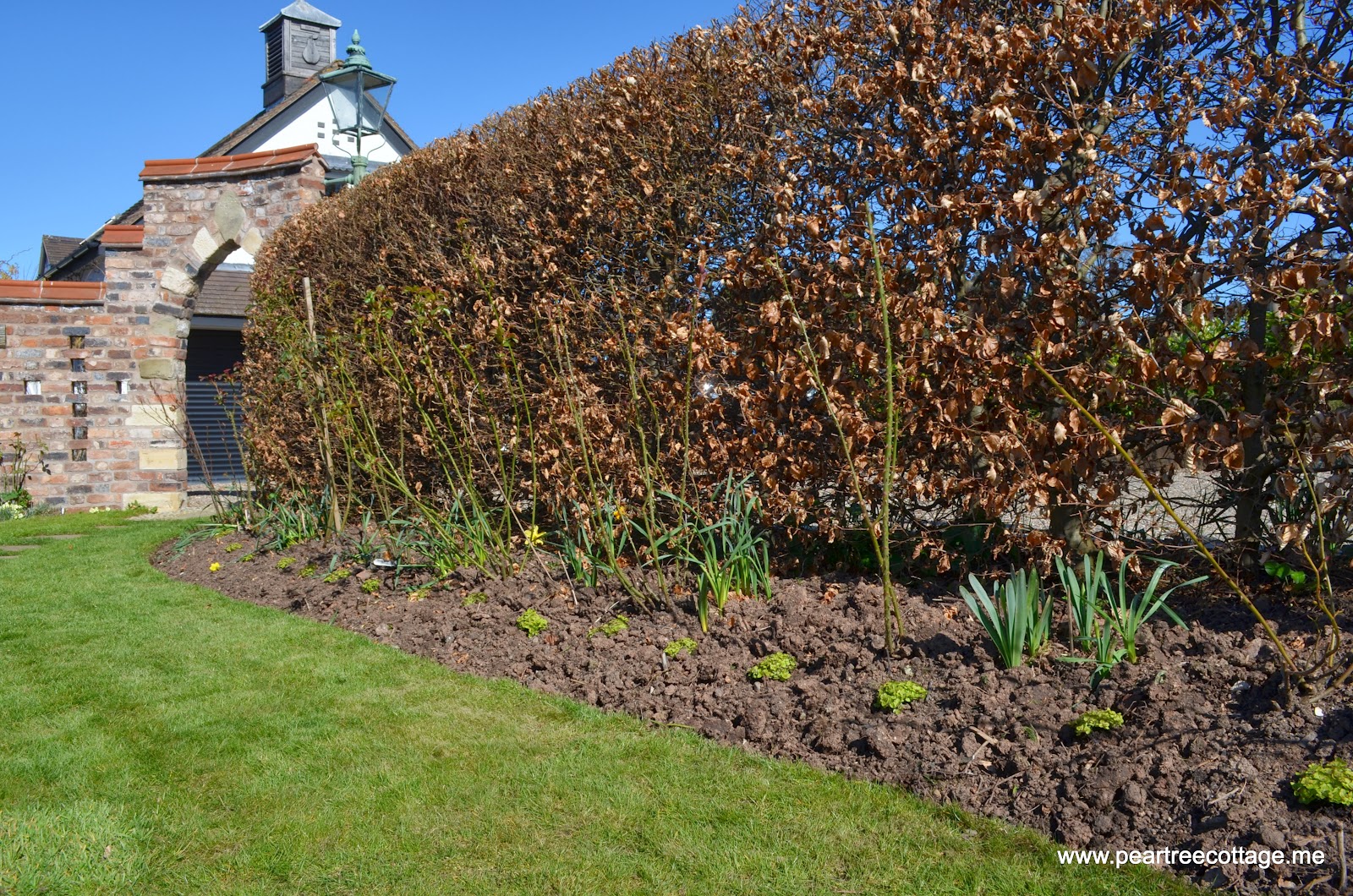 With our Under Gardener having been on the other end of a scalpel and a sore knee to prove it, Senior Head Gardener and Chief Gardener have been on overtime in this recent spell of warm and sunny weather.  So many autumn/winter jobs couldn't be completed as it was just too wet and now we have a backlog!  We had hoped that most of the moving of perennials and shrubs would have been done ages ago and now it's a rush to do everything.  A good start was made yesterday and the geraniums which spent a year as underplanting for the roses have all been moved to either side of the Lion Steps.  They were nothing but a nuisance and either flopped on to the lawn or competed with the roses.  It was a mistake to put them there and, in their new home, they can do their own thing without being a pain! Chris cut the Beech hedge behind the roses and, after forking the border we underplanted with Golden Marjoram as Chris did in the rose border by the trellis.  A new border was also prepared and a shrub rose moved into it.  The top lawn was mowed and edged and is looking pretty tidy - and a lot less soggy than of late!  Other bits and pieces were replanted in new places including a couple of shrubs which were too close to the Wedding Cake tree (Cornus Contraversa variegata) which has really put on some growth and has to take priority!