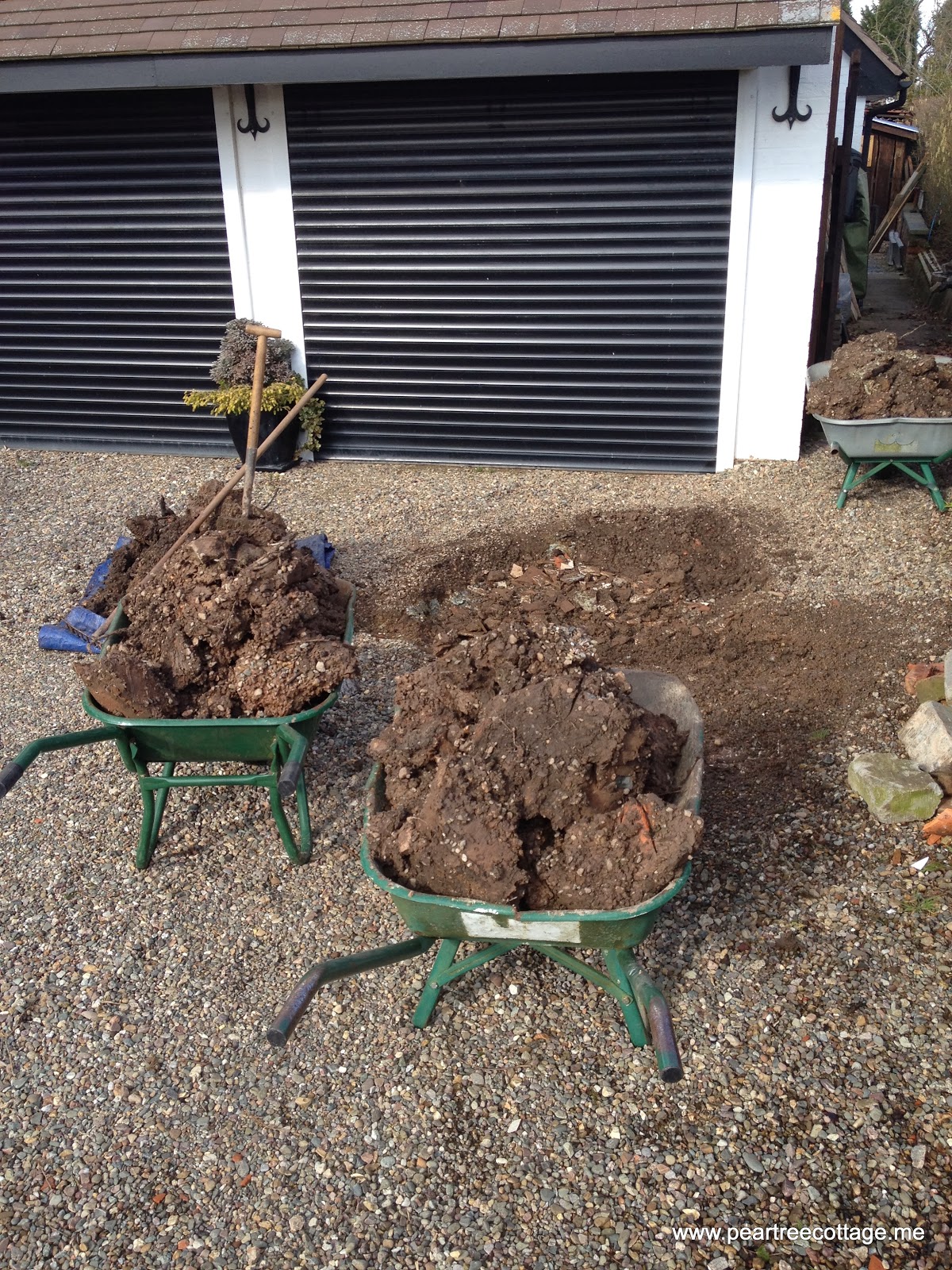 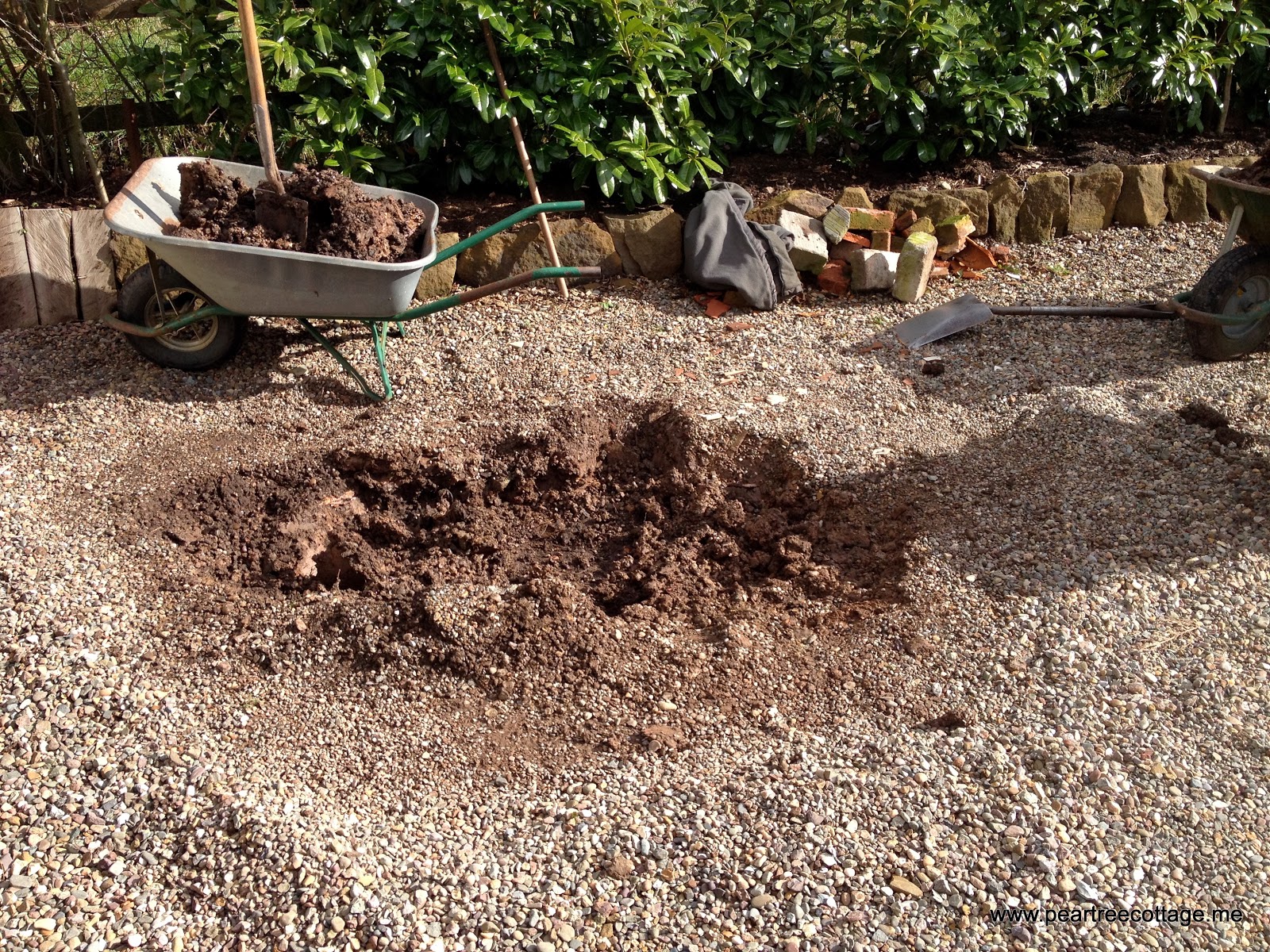 This Saturday, and unusually for me, I was a bit later than usual getting out and into the garden. Whilst I was otherwise engaged baking a batch of bread, making a vat of soup and also copying some vintage posters for the kiosk and rushing to finish; the men decided on the first priority before I could get out there.  A sunny day and I wasn't in the garden, Chris asked if I was feeling ill!  Their priority didn't look exactly horticultural.  There was much activity on the drive and various comings and goings.  Holes appeared and loads of hard core arrived. Spoil was taken away and then..................all evidence disappeared!! Was Chris burying something/somebody??  It all looked a tad suspicious until I discovered that the clay that had been oozing up from beneath & through the gravel had all disappeared!  The problem had been the site of some big Hawthorn roots and stumps and too much rain forcing up the soft clay to the surface.  Chris dug it all out, replaced it with hardcore levelling the area and raking back the gravel.  Oh well - no more muddy feet when getting out of the car!