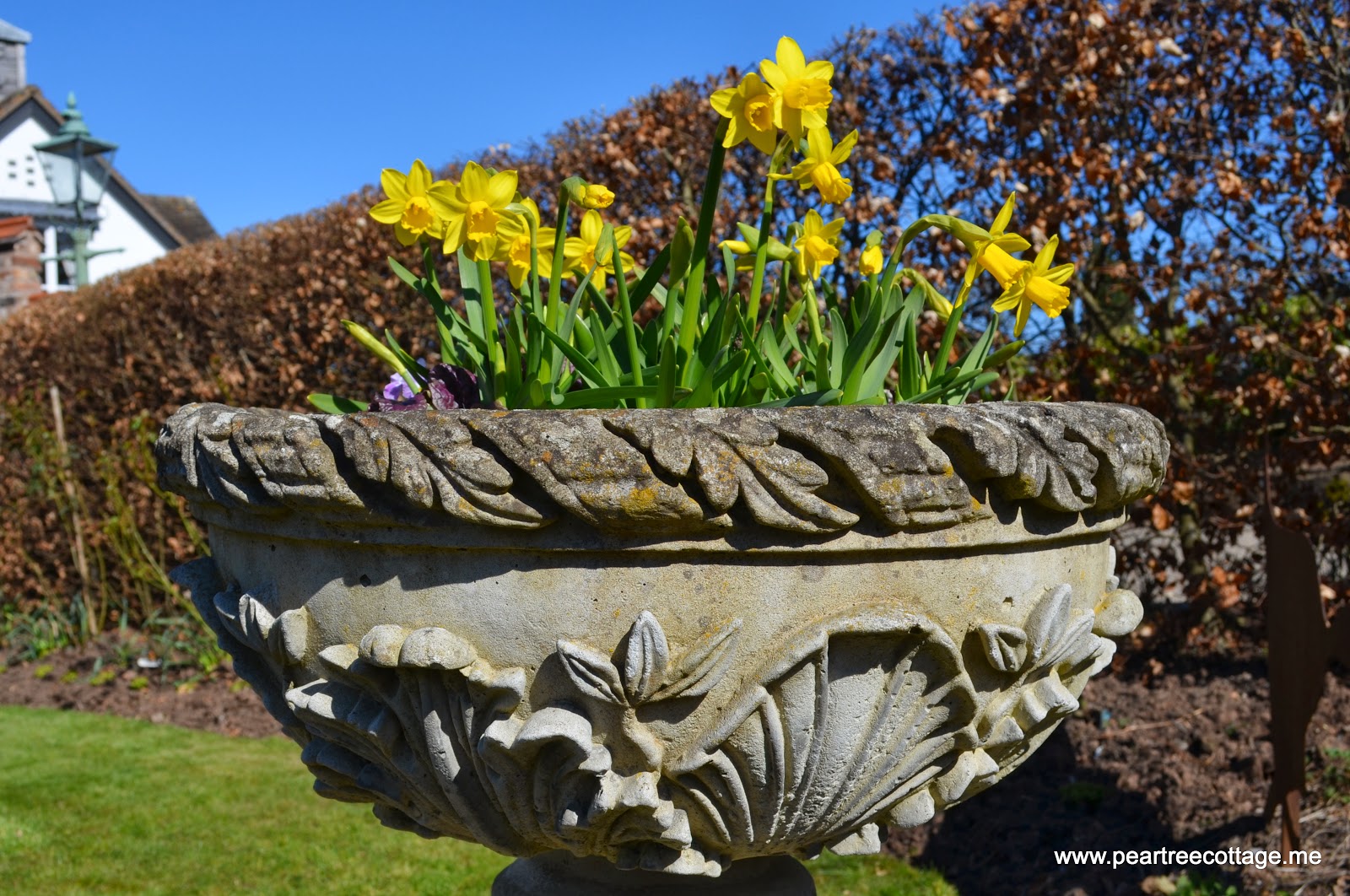 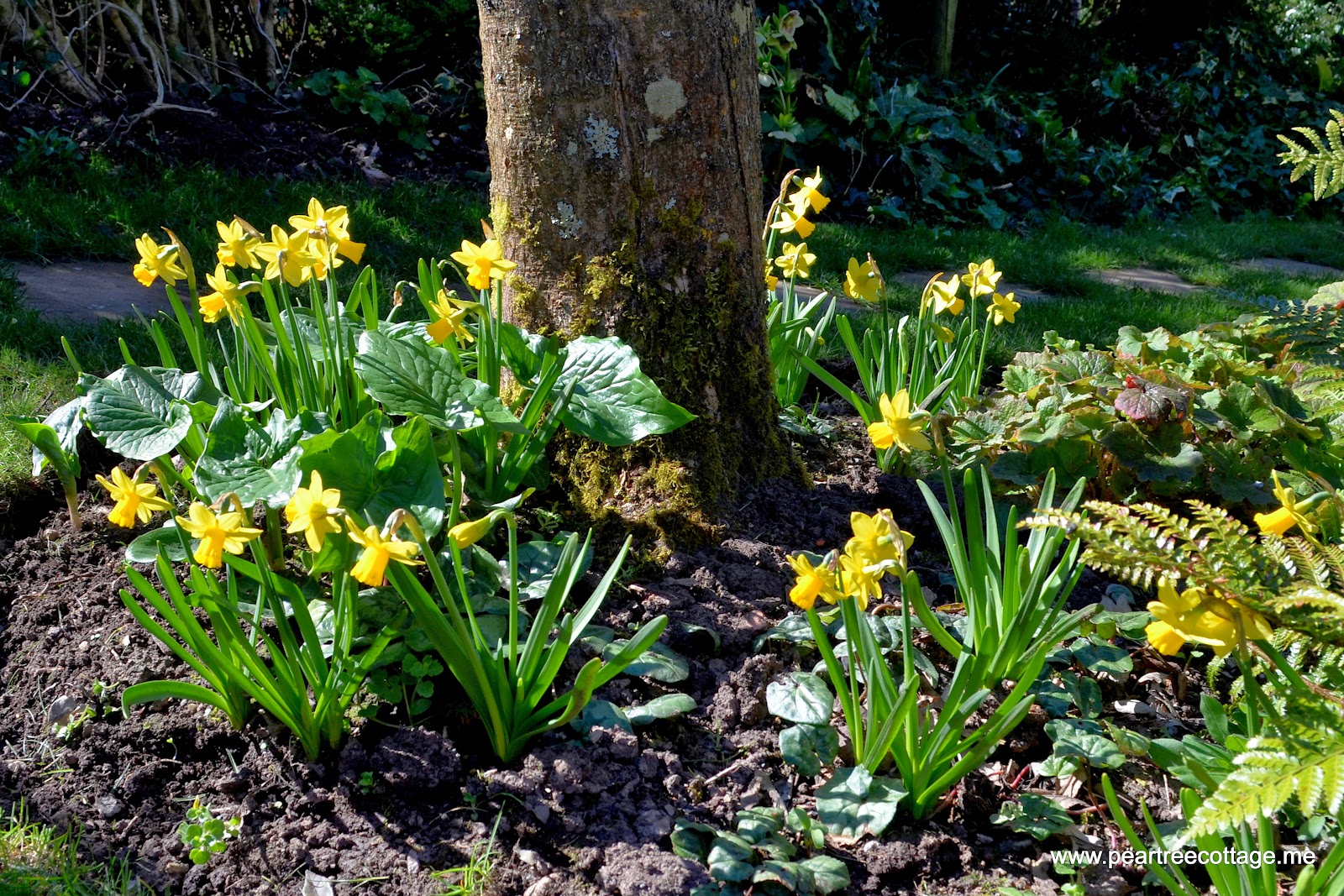 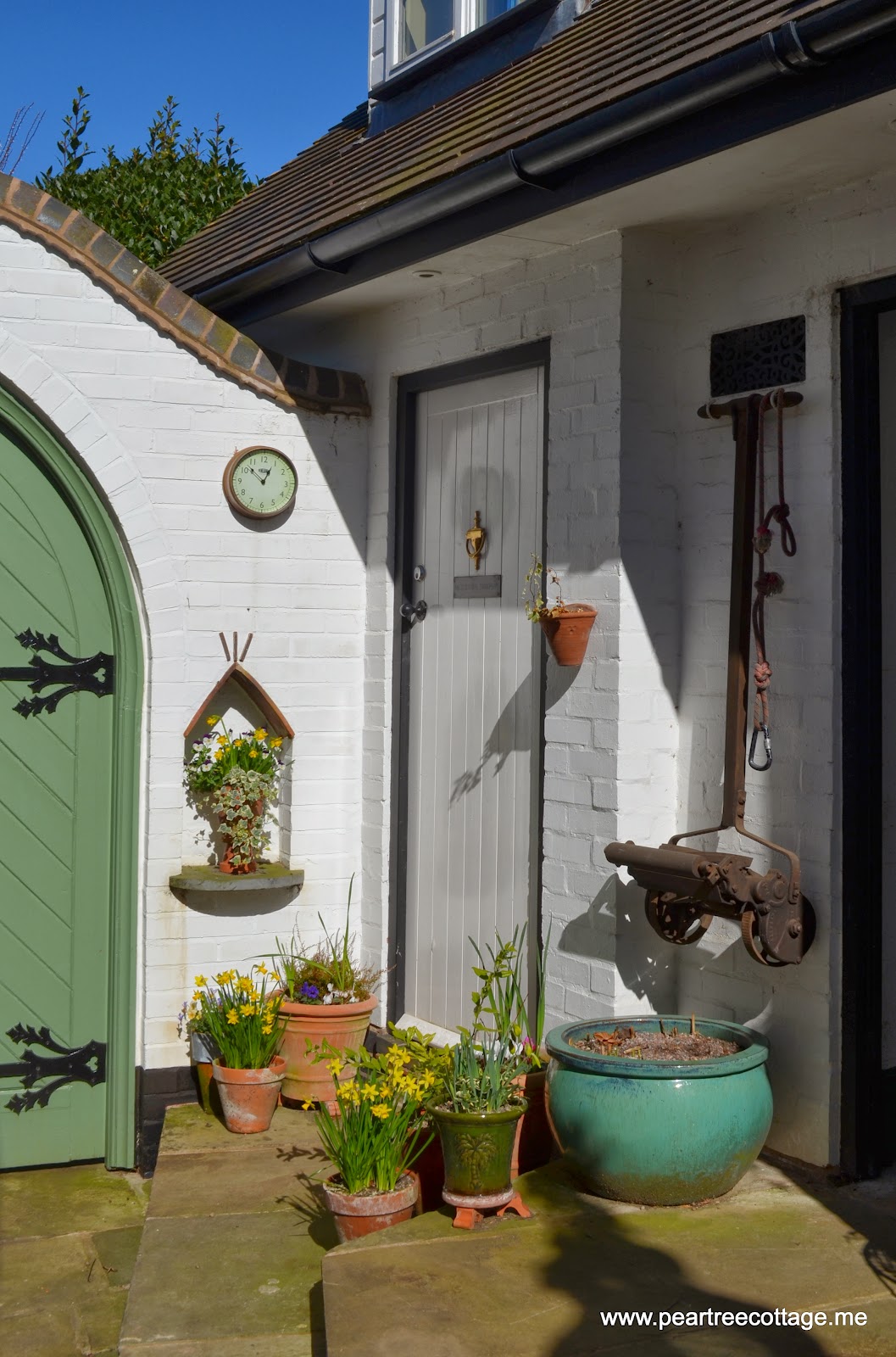 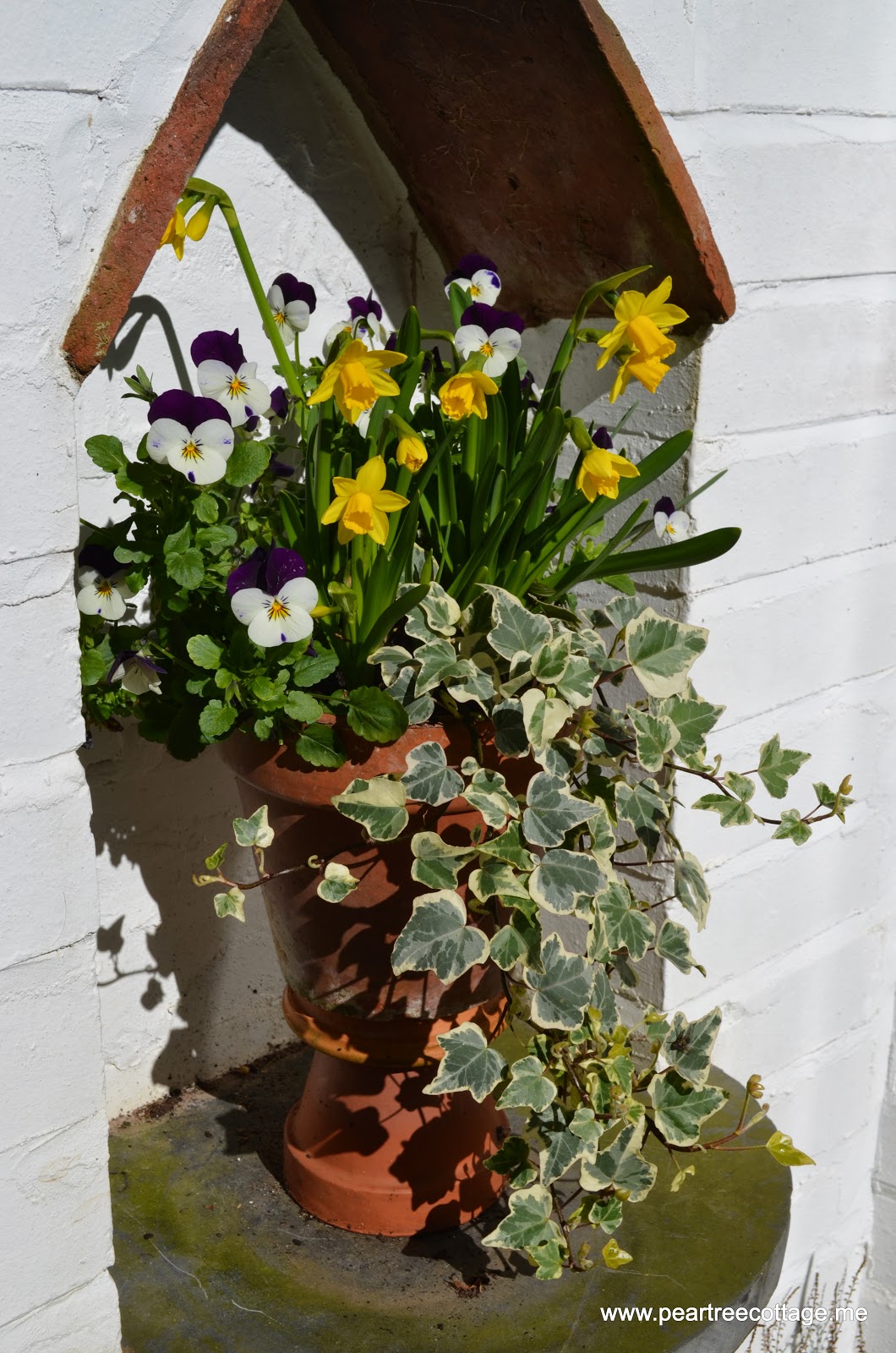 There's practically nothing that Chris won't tackle head on!  No project is too big and nothing ever daunts him.  BUT if there's one job in the world that Chris really hates doing, it's planting bulbs! His second most hated job?  Planting lots of bulbs!!  With one single exception, he doesn't even like bulbs!  Why?  Because they look pretty for 5 minutes and then the dead flowers and dying leaves look awful for weeks and weeks and weeks and weeks!  If the bulb is to survive, the dying leaves must be left to feed the bulb for next year's flowers.  Well, he's got a point.  His one exception is the Tete-a-tete variety and, the funny thing is, there are more of this variety evident at Pear Tree Cottage than ever before!  They've appeared in pots and tubs and urns - there are some in the Woodland Border and even some around the Acer along the Fernery Path.  Am I suspicious? 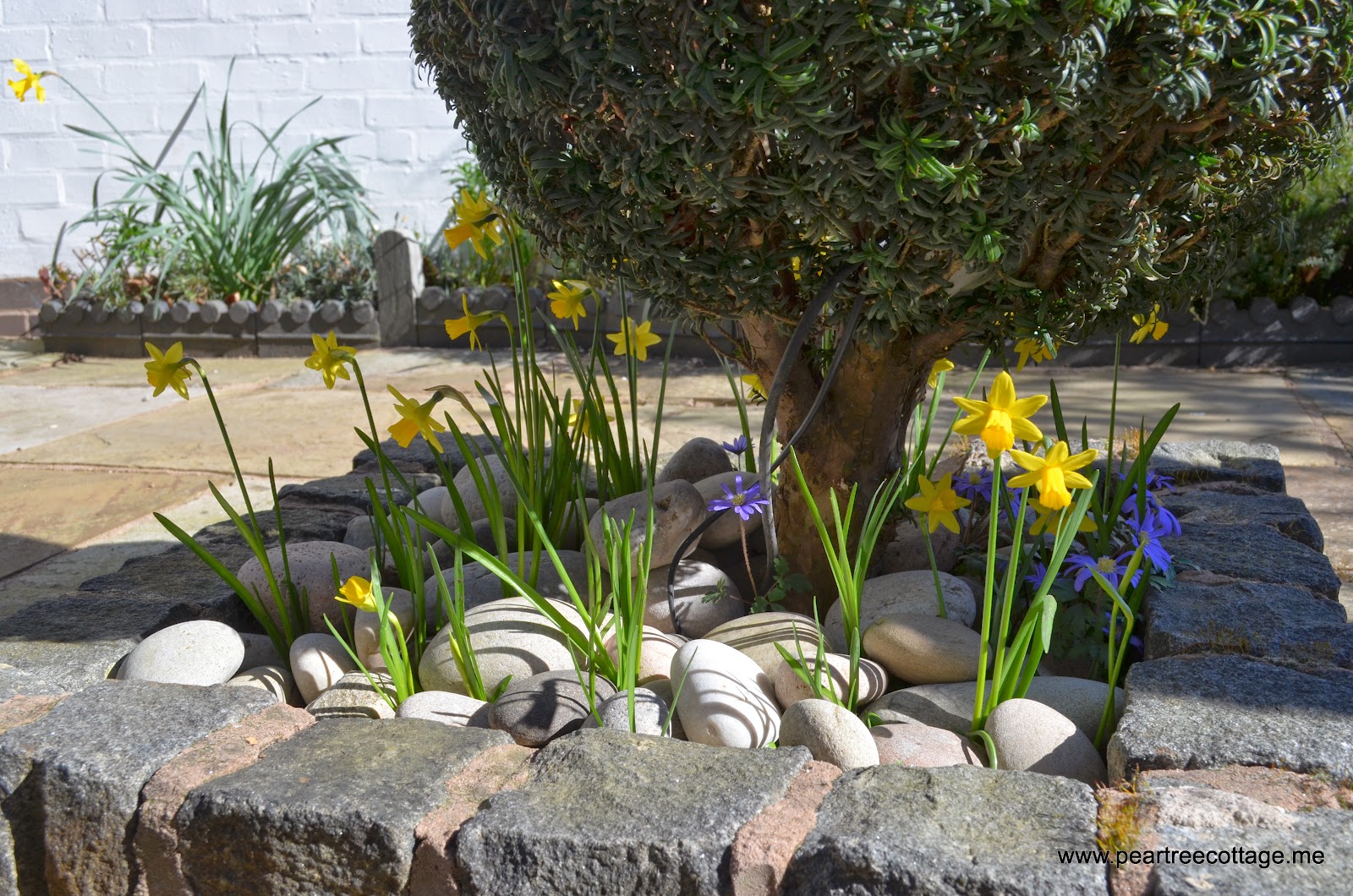