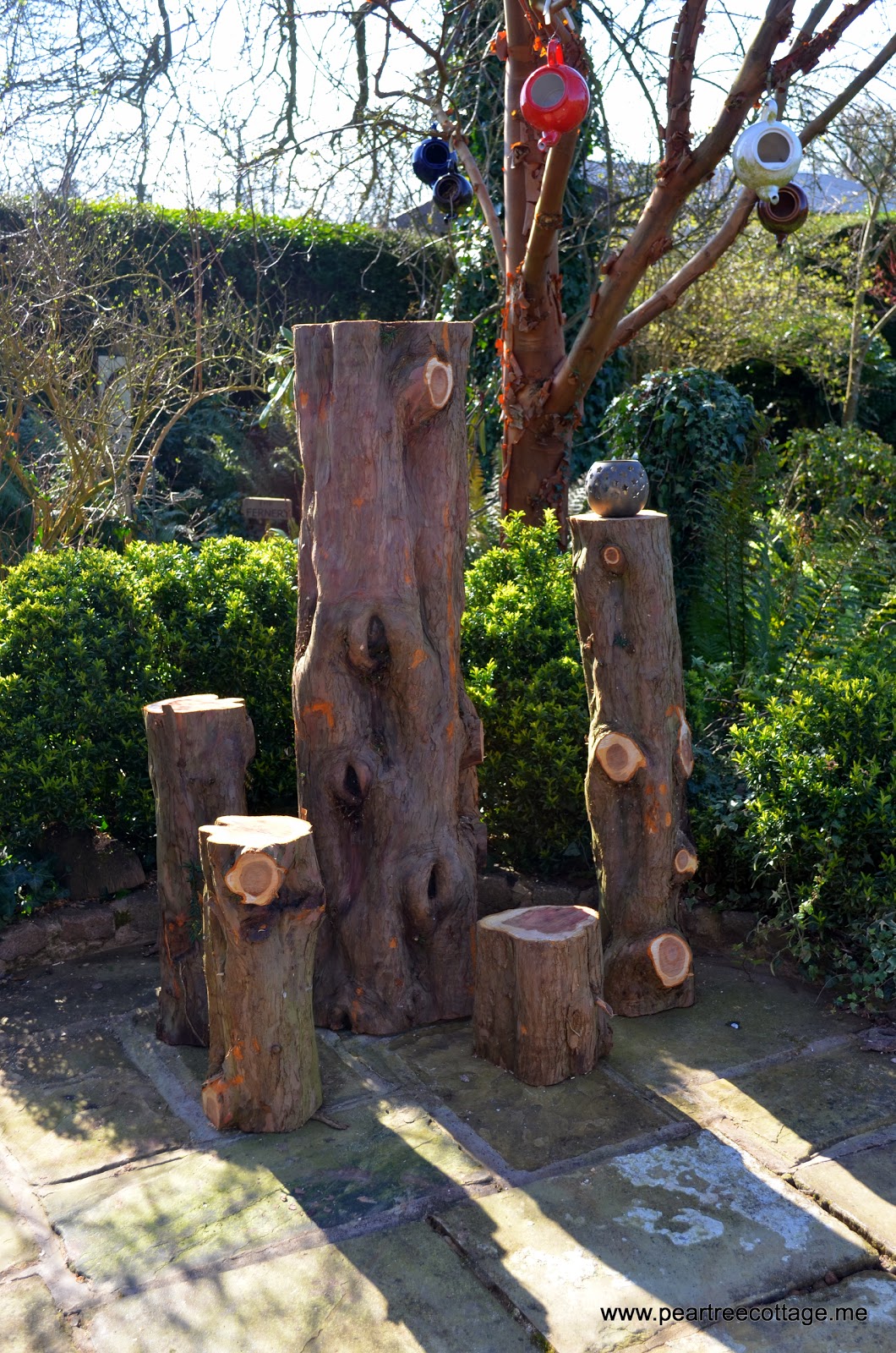 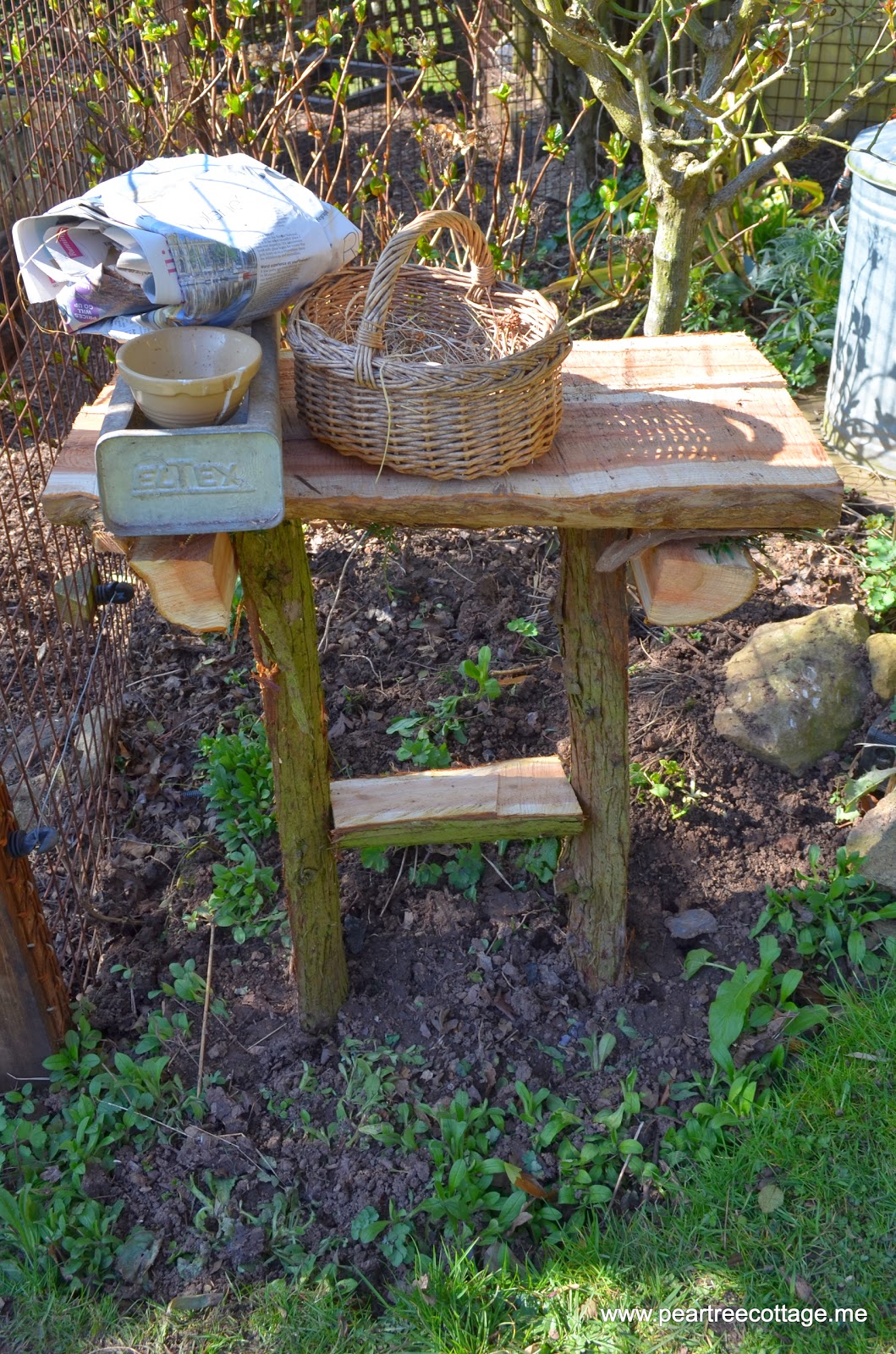 This Saturday, Chris appeared with presents of beautiful Yew and Cedar.  He is spoiling us lately!! So, rather than do any jobs on the garden list we decided to get to work - wood work!  He squared off and trimmed the Yew into lengths and stood them all on the terrace where they will be used for lanterns, candles, plant pots, drinks(!) or even seats!  1001 uses! Chris reckons it's well over 100 years old.  One thing is certain, it will never blow over as it's incredibly dense and heavy.

He also made what is probably; the only 2 legged table in the world!  It'll will be (and is already) so very useful as when we go down to the chickens, there's always so much to carry and no where to out anything down........that is, until now!!

Even the dragon posts were replaced with Cedar.  The old ones had rotted and were being held up by ivy.