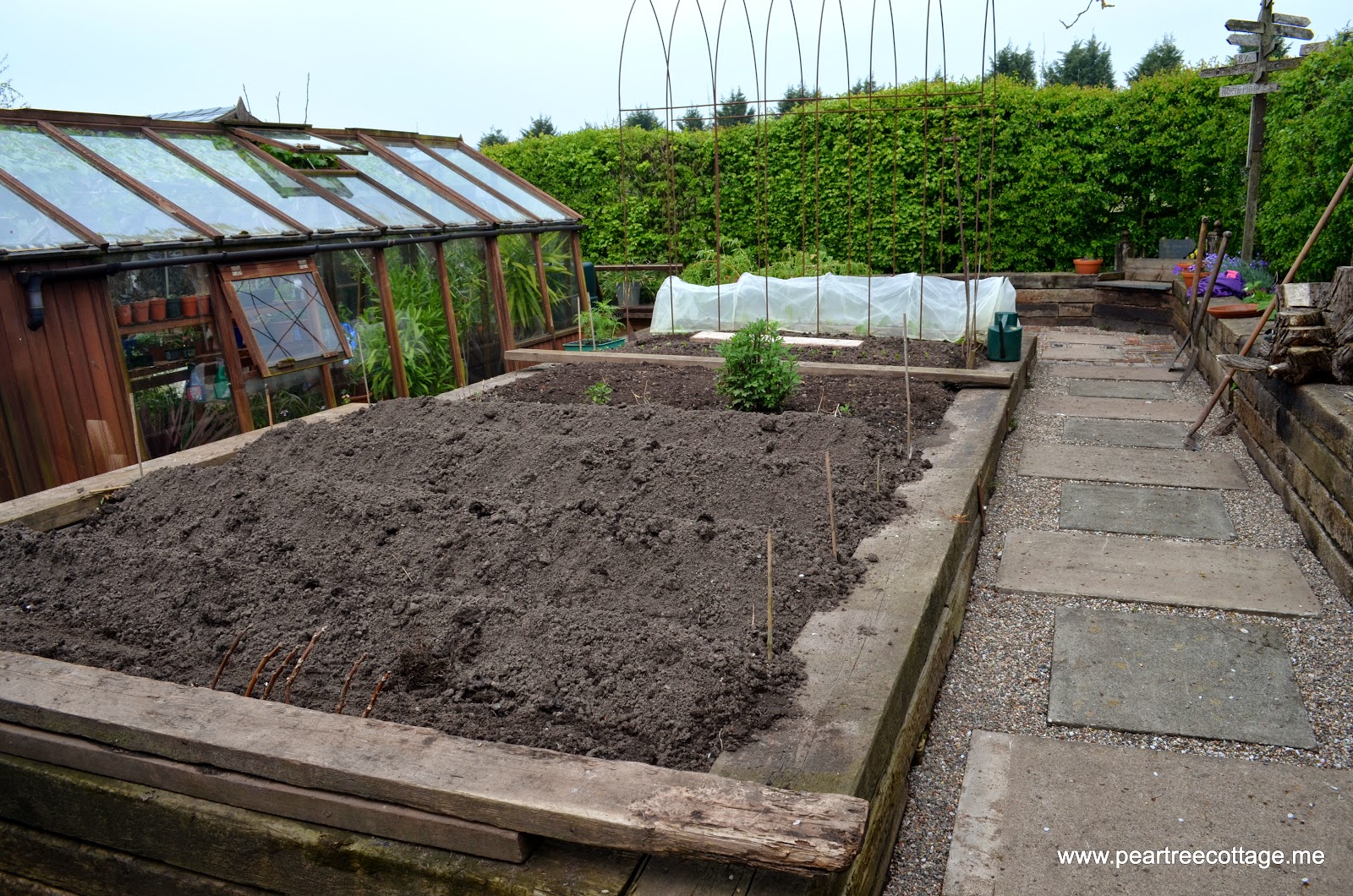 Well, I might have missed the traditional Good Friday potato planting day but Easter Monday was hardly too far behind!  PTC's Lady Christl (weirdest spelling in the world) are now planted and hopefully, we shall have 4 rows to munch our way through.  A new planting regime was adopted this year.  Instead of digging out a trench, the potatoes were planted individually - the soil is so light and our rows so short, it was easier.  I then earthed up the rows.  In previous years, I have always dug trenches and only earthed up when the potato tops had surfaced. Last year I earthed up at planting for the first time and found they cropped well. The disadvantage is that the soil gets no further disturbance and so weeds form and but then are inevitably shaded out by the potato haulms - so it's no big deal.

Also planted are some fine looking Genever lettuce plants and they have a fabric tunnel for protection as we have been having a continuation of desert weather - warm days and freezing night temperatures.

Despite a large miscalculation on gravel quantities (and ordering 10 bags over requirements) the path and Thyme Square is finished and looking much tidier.  How was I to know that picking up loose gravel from the quarry would look such a miniscule amount.  Especially as it was scooped up by some monster sized earth moving machinery and tipped into Chris's truck. Worse still, I nearly doubled up on the purchased quantity!!!  I have to show a piccie of the gravel pit if only to demonstrate just how small a couple of wheelbarrows would appear!

Small Thyme plants have been replanted around the edges which should mean easier weeding!  It's nice to see all the old tiles and bricks again as they were almost all hidden from view by a combination of perennial weeds and rampant Thyme.  It will be interesting to see if any Thyme germinates from seeds left behind.