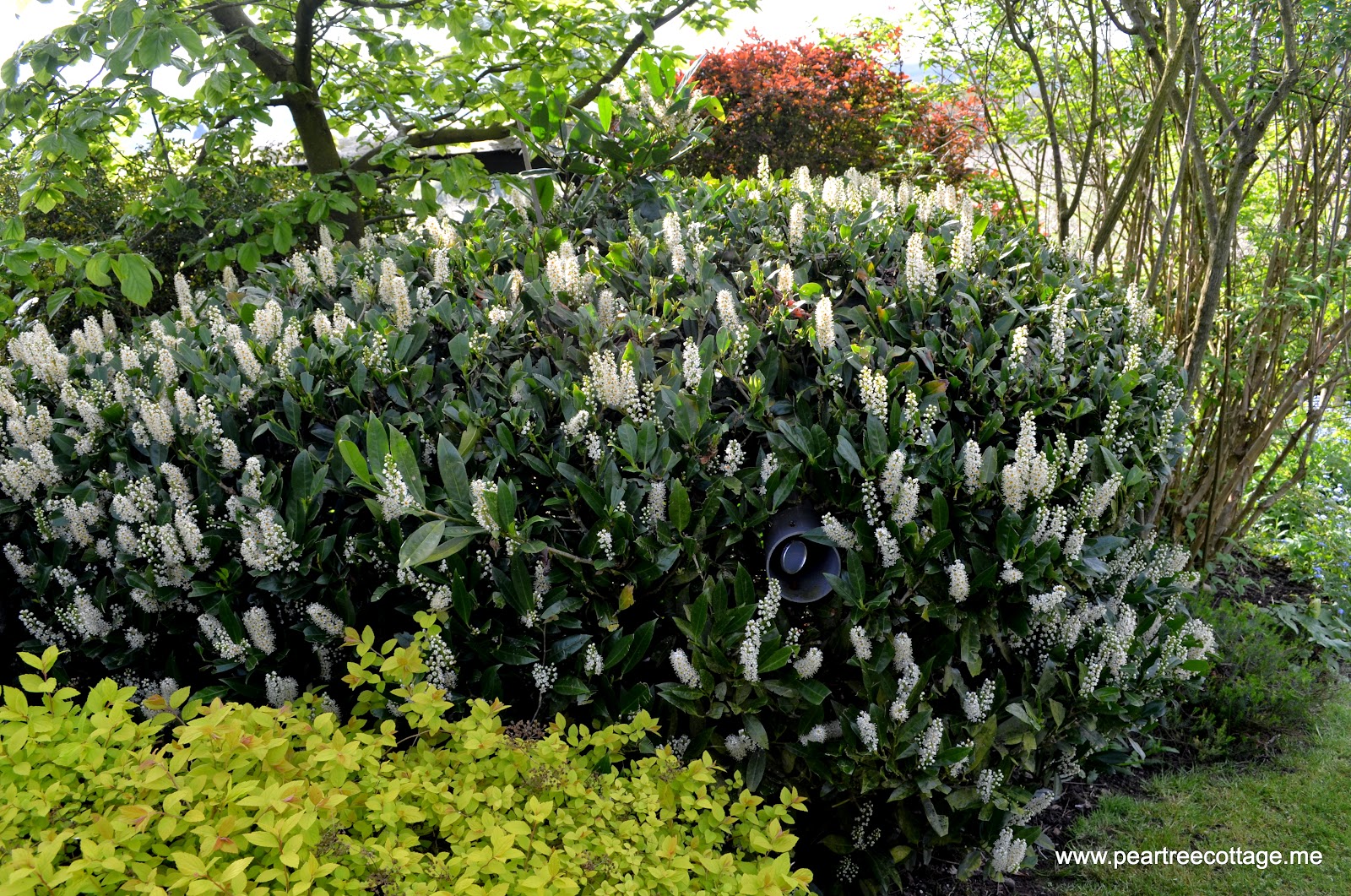 This blog has been going a few years now and poor Moby Dick has never had a mention so, overdue it may be; allow me introduce you!  He lives under the shade of a big old Witch Hazel and a Prunus Serrula and right now, he's in full bloom.  His flowers look just like barnacles and so are particularly apt.   His eye is made from some old drain pipe and a budgie's mirror to catch the light!  He is of course a Chris creation and if you look closely, he even has fins and a plume of water.  His tail is still growing.  I've always assumed he is a variety of Laurel probably Portuguese but maybe you know better!