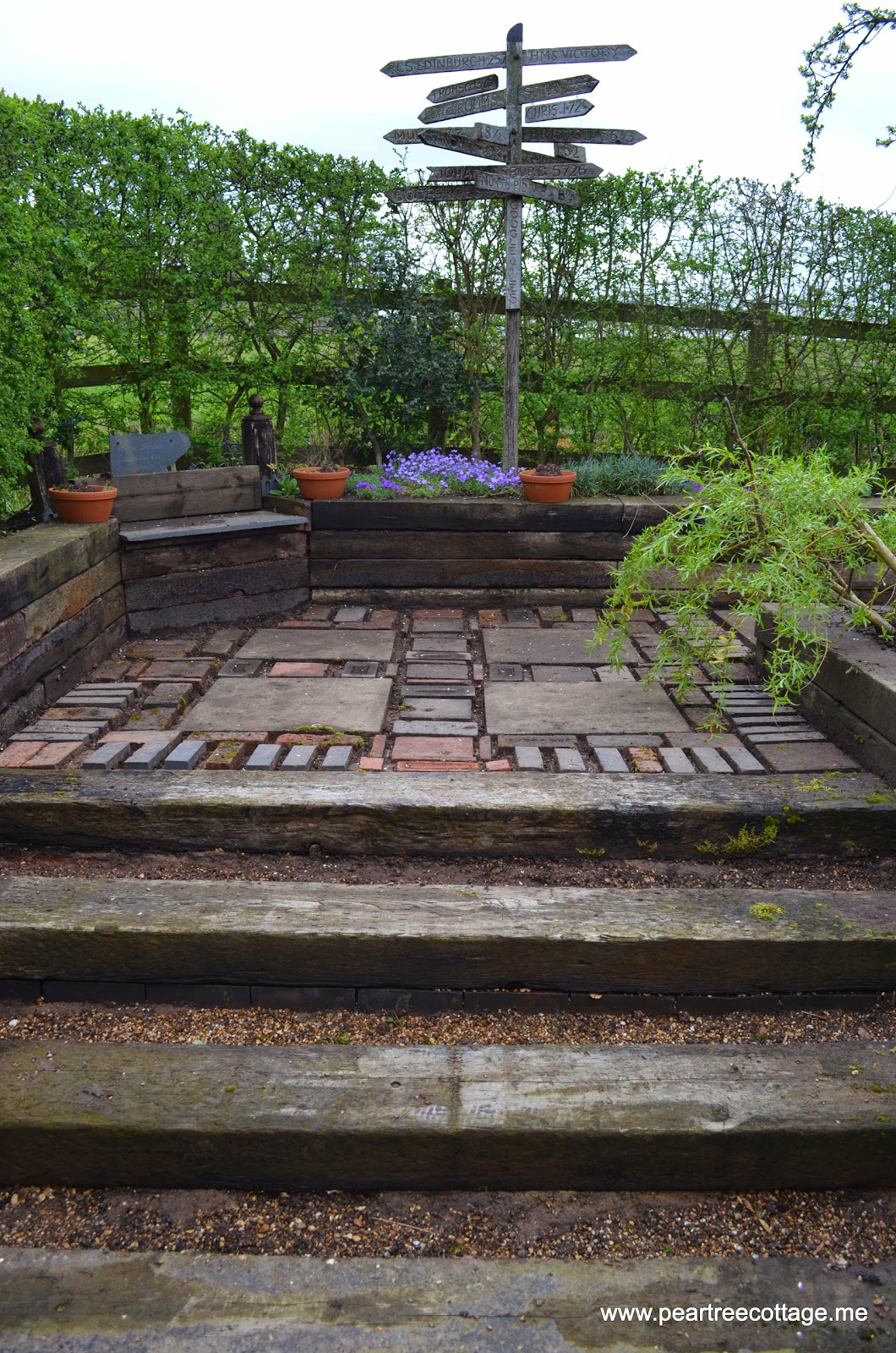 It was back in 2008 when we built Thyme Square. Blog followers may remember that it was built using only leftover and unwanted reclaimed materials.  Nothing was actually purchased.

Back then we had no way of knowing that the Veg Patch was then pretty much a clay bath, only that it was very poor soil.  Well, when we emptied it and refilled it with 16 tons of premium topsoil, it was all rather a mess.  A MASSIVE mess!  We did it one February in 2010 and, with the help of Chris and Ian, a mini digger, a dumper truck and a power barrow,  they moved all the soil (in and out!) through the garage.  The clay stuck to the tracks and the clay on the tracks stuck to the gravel.  Everywhere was a mess - not least Thyme Square.  At the 'time', we cleaned up Thyme Square as best we could but, it's a fine line between a natural look and the appearance of dereliction!

The years have rolled by and weeds have mixed with the soil contaminated gravel and lately it has been looking rather forlorn and a tad neglected.  As we have Chris G. here for a while (and a cement mixer back on the drive!) it seemed a good idea to remove all the soil/gravel mixture from between all the bricks and slabs and renew it with fresh clean gravel.  Well, it did 'seem' like a good idea until we were about halfway through - when we realised exactly what a lengthy and tedious job we'd undertaken!  Now it's done and hopefully Chris will arrive with new gravel on Monday!

This 'time!' Thyme will be replanted around the edges making weed control easier.

Here's a link to the (MASSIVE Mess) soil removal project: