Mini Pleaching and another Buzzard Attack 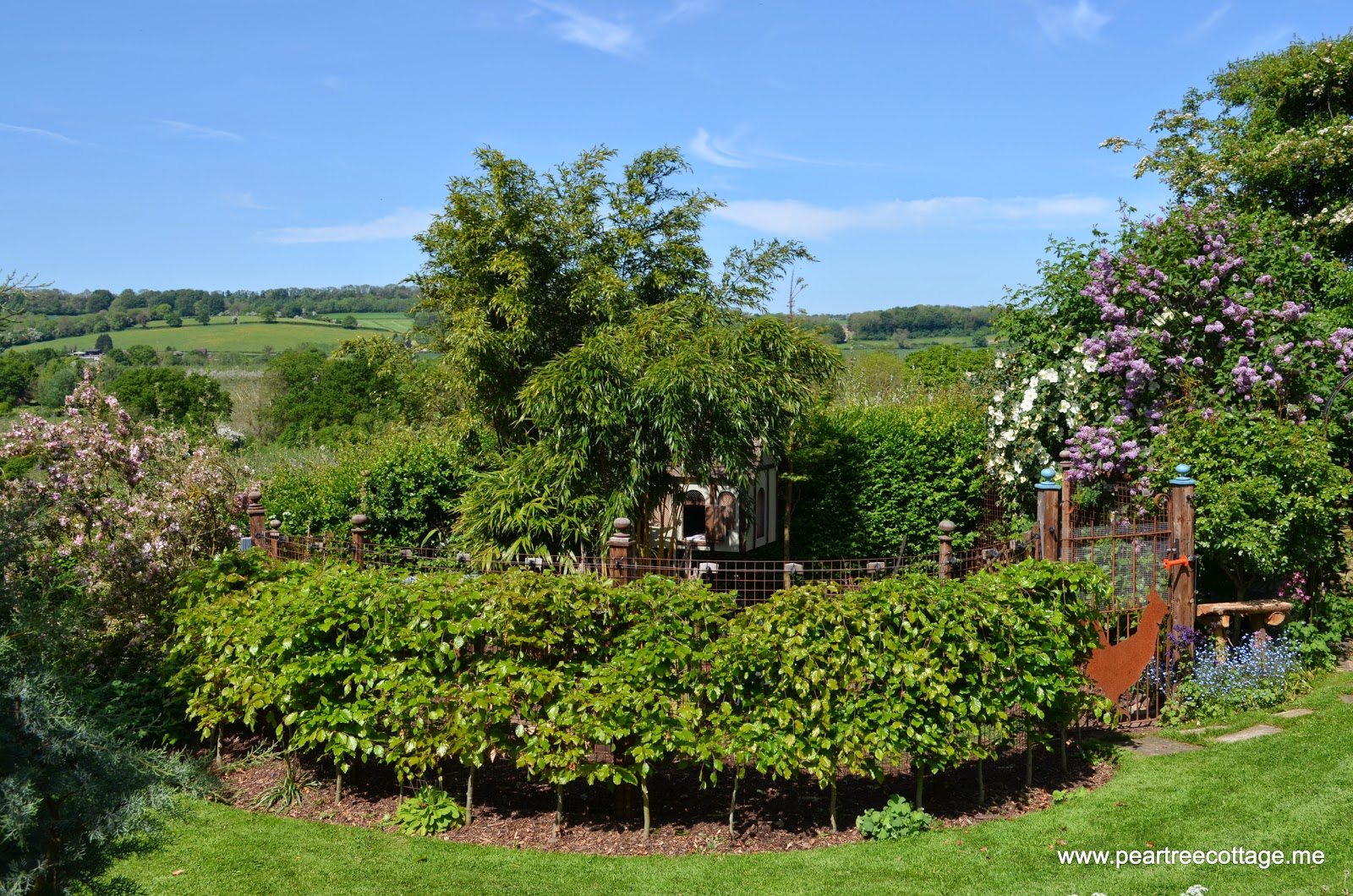 The girls have had their beech hedge trimmed.  The top has to be kept below the level of their electric fence to ensure it doesn't short out and the base has had its skirts lifted so that we can see the girls and they can see us!  It looks as if it's been slightly pleached.

NOT that an electric fence prevents buzzard attacks and one dropped in last week grabbed Persephone in its talons and lifted her out and over the hedge before dropping her in the garden! AND all this happened under my very nose as I was only yards away!  There was utter pandemonium in the Henclosure as mass panic had broken out. Their cacophony could be heard all over the garden!

Of course buzzards enjoy maximum protection which explains why our skies are now full of them and their mewling.  Little is safe from their cruel talons and evil beaks and we have absolutely no defence.  Thank goodness Percy was too heavy for this buzzard to carry off and I was around at the time.  The moral of this story is to keep chickens well fed and heavy!  Oh, and in case you're wondering which one is Persephone; that's her on the far right - having an early night in.  Apart from suffering the fright of her life and the loss of a few feathers, she lives and lays.  This is the second buzzard attack suffered by our girls and let's hope, the last!