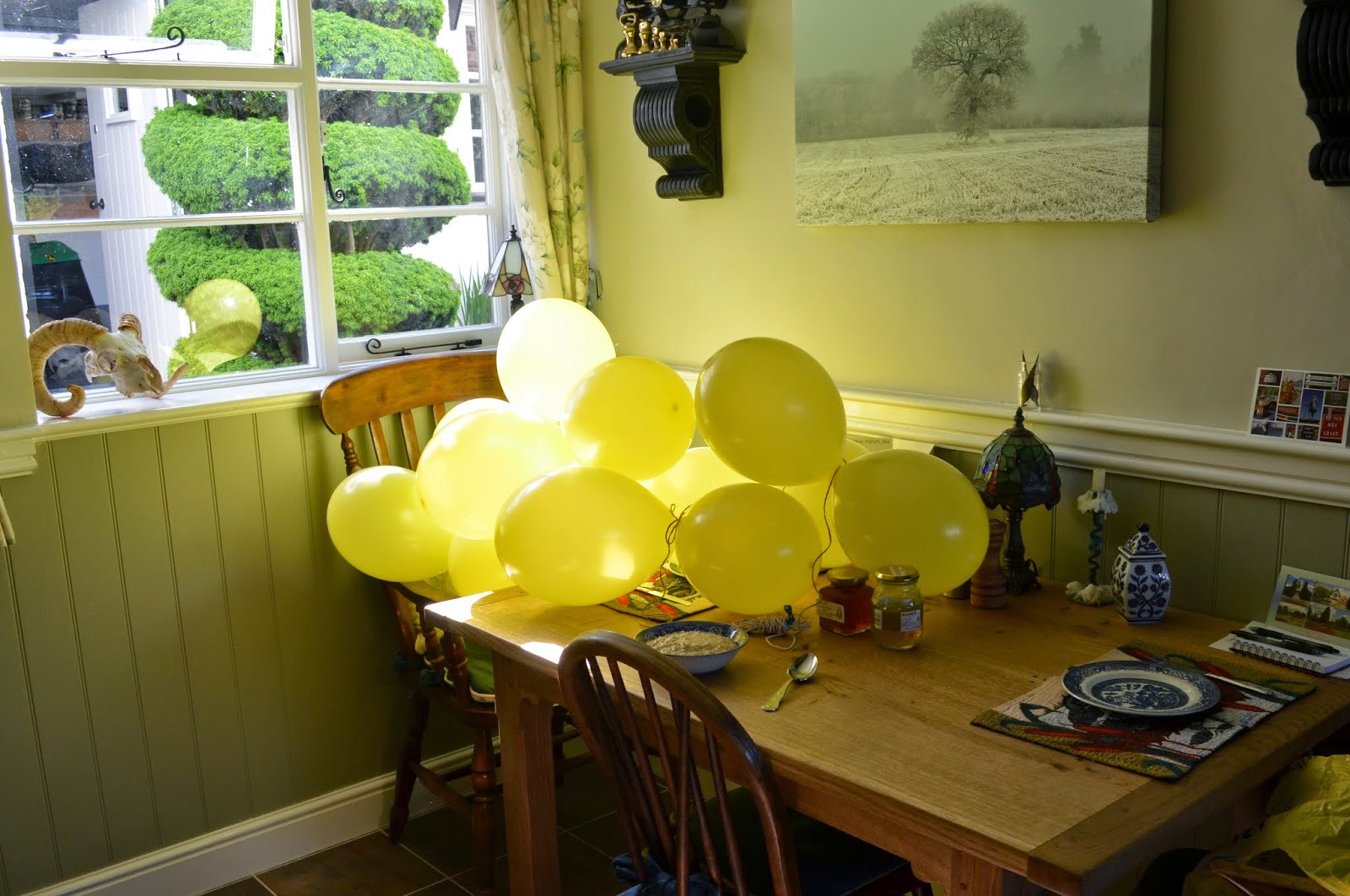 Phew!! All over now but what a team we had and how hard they all worked!!  A big thank you to them all.  We certainly had the weather maybe, (dare I say?) even a little too hot.  Chris came first thing with additional woodchip and blew up balloons whilst watching Al's toast - which Al then couldn't find beneath all the balloons!  He then sneaked off on Sunday and so, we lost our official photographer - result: not so many photos this year!

Our Grade 1 Advanced Police shuttle bus driver had his official day-glow waistcoat!  I say that because at one time there were 4 of us on the drive together putting the world to rights!

We had lots of lovely compliments in the visitors book (mostly about the delicious cakes which friends were kind enough to bake) and, surprisingly, many visitors were returning following a previous visit - again, for the teas and cakes, I think!  Obviously, there were fewer than when the whole village opens but, this meant that the steady flow was far easier for the helpers.  This year, our visitors enjoyed easier parking as, our neighbours, Roger and Sarah had their hay cut and baled in time to offer their field for parking.  This meant that there was no steep hill for the less able to negotiate.  How lucky was that?  As for funds raised, we don't have a total yet as we await plants sales contributions but, here's a link to a few more photos:

Incidentally,  Google earth has updated it's photos so PTC can be seen as it actually is - in an orchard!

Once again an ENORMOUS thank you to all those who baked cakes, served teas, washed up, sold plants, put up signs and made last minute deliveries with woodchip!!!  It was all very much appreciated!