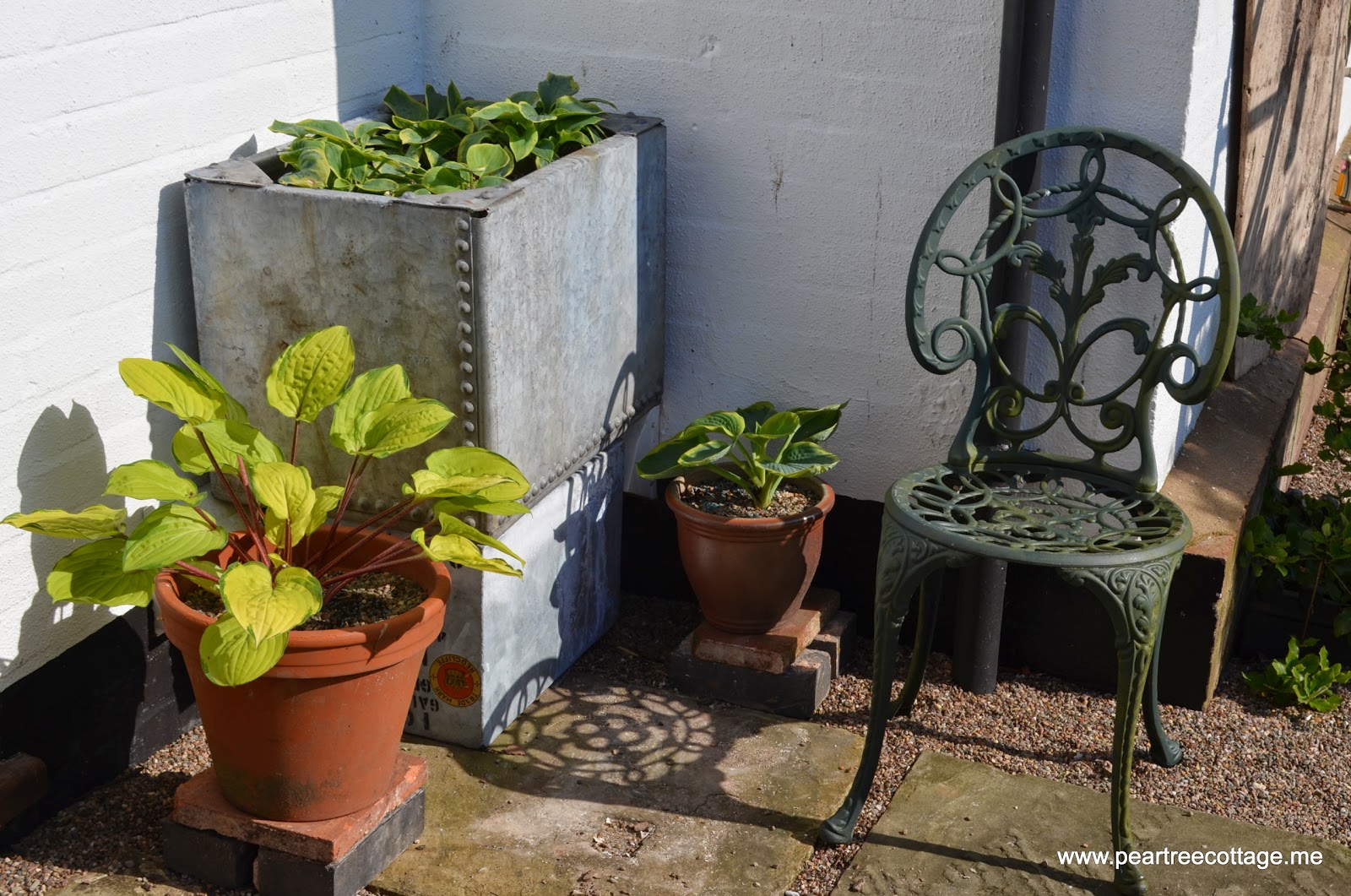 In a dull and shady corner we now have Hostas where there was once nothing at all.  Presents of 2 galvanised tanks from 2 Chris's meant that we had perfect planters and the dreaded plastic vents imposed by building regulations are now obscured.  You're probably thinking it looks a bright and sunny corner but the photo was taken in the evening when this little area has some low sun for a very short period at this time of year.  Now I had spent ages and ages making piles of odd sized and coloured bricks to support the planted tank but, not only did they look awful but, the whole thing was wobbly and insecure.  The planter has to be raised above the (now obscured) plastic vents in order for it to fit snugly against the walls.  As soon as Chris brought the second and smaller tank, I realised that lifting a galvanised tank full of compost (well - not quite full cos I put polystyrene in the base) was going to pretty heavy. Undaunted, he lifted it aside and onto the chair, placed the base tank and then lifted it back again.  Oh and before you ask about drainage; someone else had already drilled holes in the bottom!  Had it not been for that, I would have used it for water storage.  Another little feature in the garden!  Who's a lucky girl?