Chit chat in the tool shed! 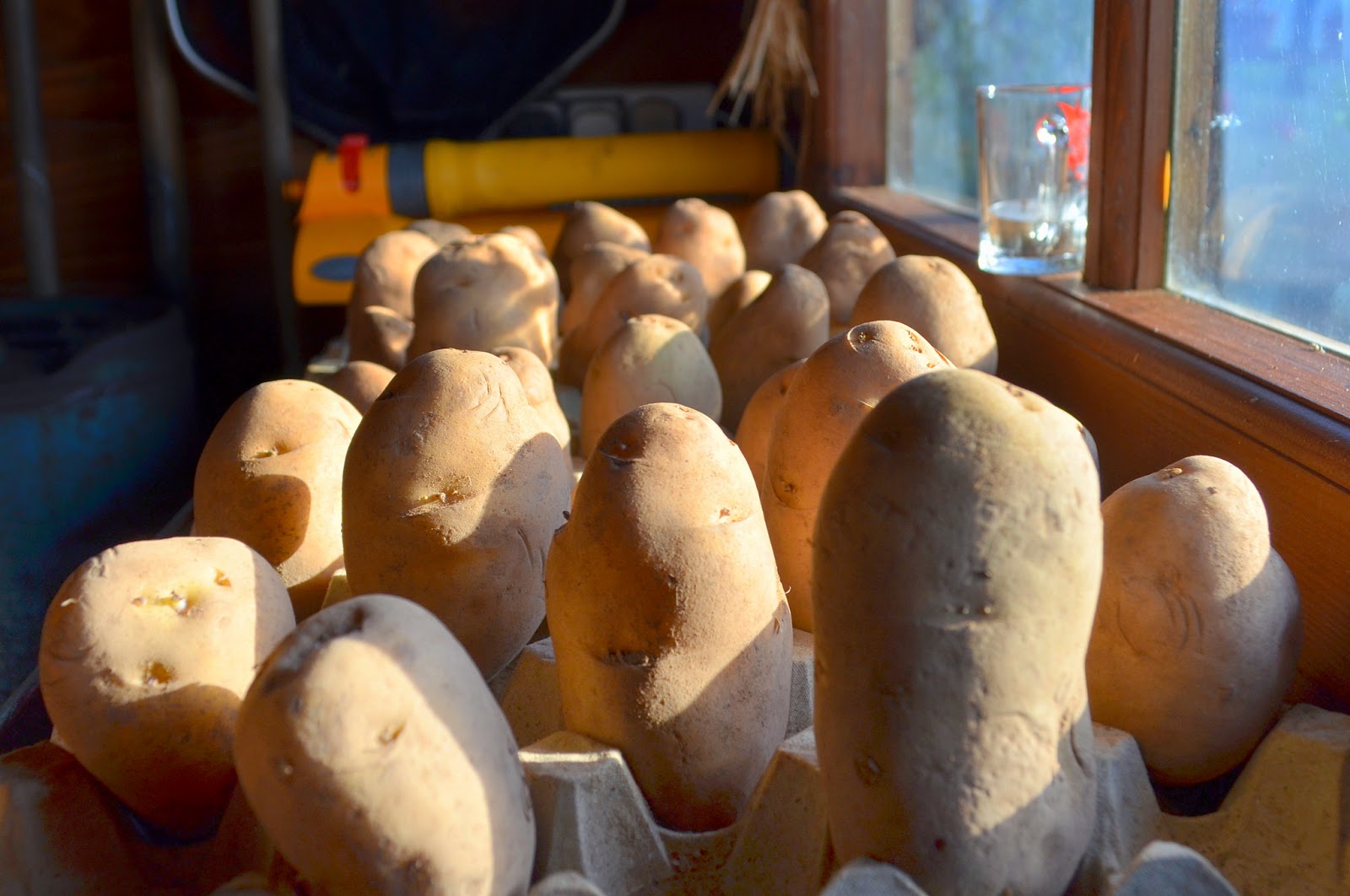 It's such a lovely verb I thought I'd see what Wikipedia had to say.  The only revelation for me was was to read about them being watered.  I had never heard heard of that and, in any cae the egg trays wouldn't hold water and would just become soggy and then disintegrate.   These will be left on the tool shed window sill  waiting for their shoots to form and planted when the ground warms up - which won't be for ages yet!

From Wikipedia, the free encyclopedia
Chitting is a method of preparing potatoes or other tubers for planting. The seed potatoes are placed in a tray (often in egg cartons) in a light and cool place and given a little water. All but three or four of the "eyes" (sprouting parts) of the potato are removed, leaving the strongest growths only. After the sprouts are about 1 inch (2.5 cm) long, the seed potatoes are planted in the ground.