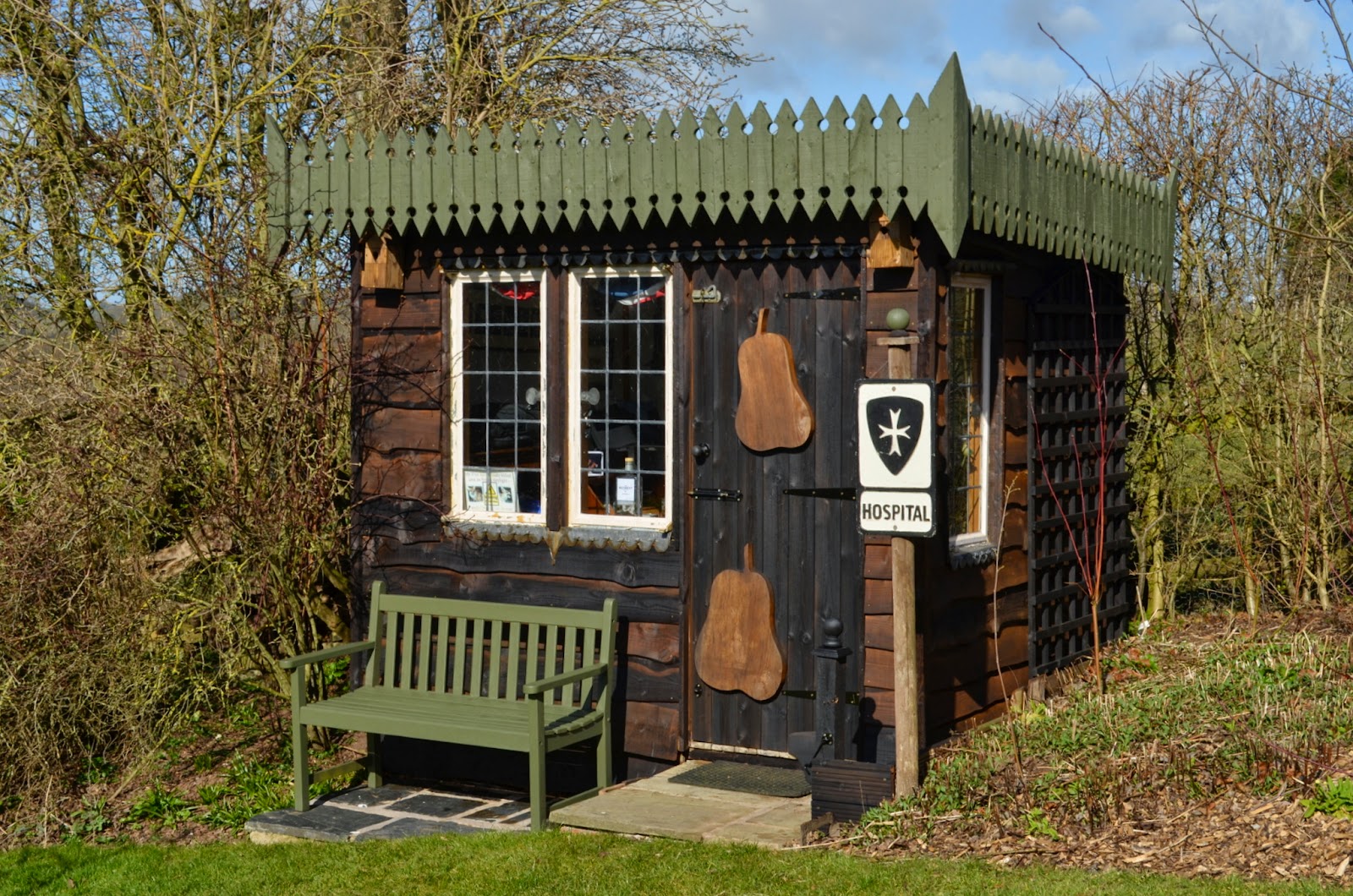 Well I did say that we'd be busy creosoting the Pear Hut and repainting its frieze and 'Kay's Seat.' Here's the evidence.  It looks rather smarter in it's differing shades of brown  It will be entered in the this year's Shed of the Year Competition on the grounds that it is actually a 'shed' and can't be compared with many of the fabulous edifices against which it competes!  Furthermore, it was made entirely from reclaimed wood and the frieze was made from the off-cuts of ceiling and floor boards. The pears were cut out of Elm and disguise an old cat flap in the door.  The windows were an EBay purchase.  The hospital sign?  Well, it was one of those irresistible old signs that used to adorn our English roadsides.  It contains a writing desk, chair and bookcase and looks across the orchard to the pond and summerhouse.