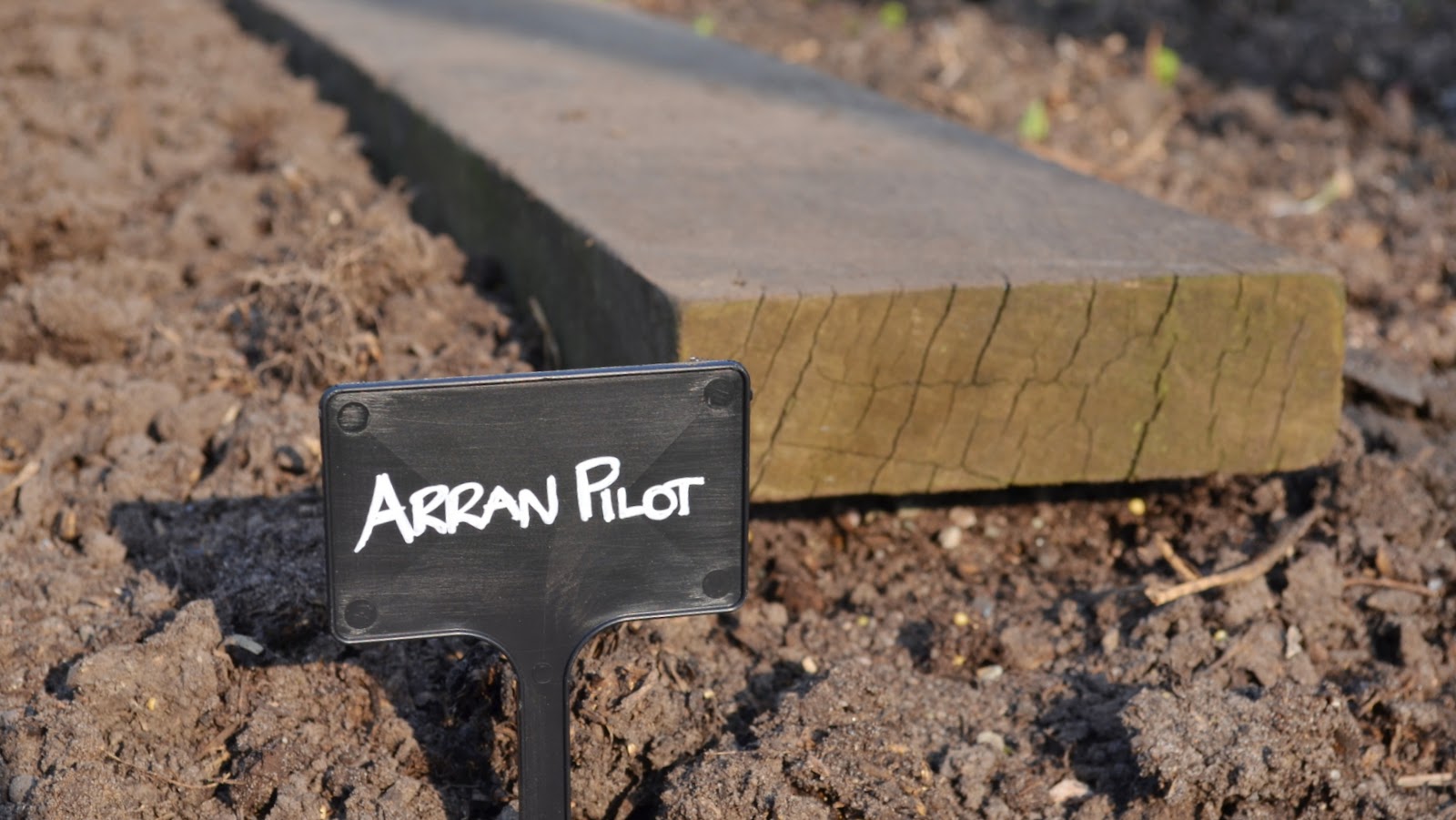 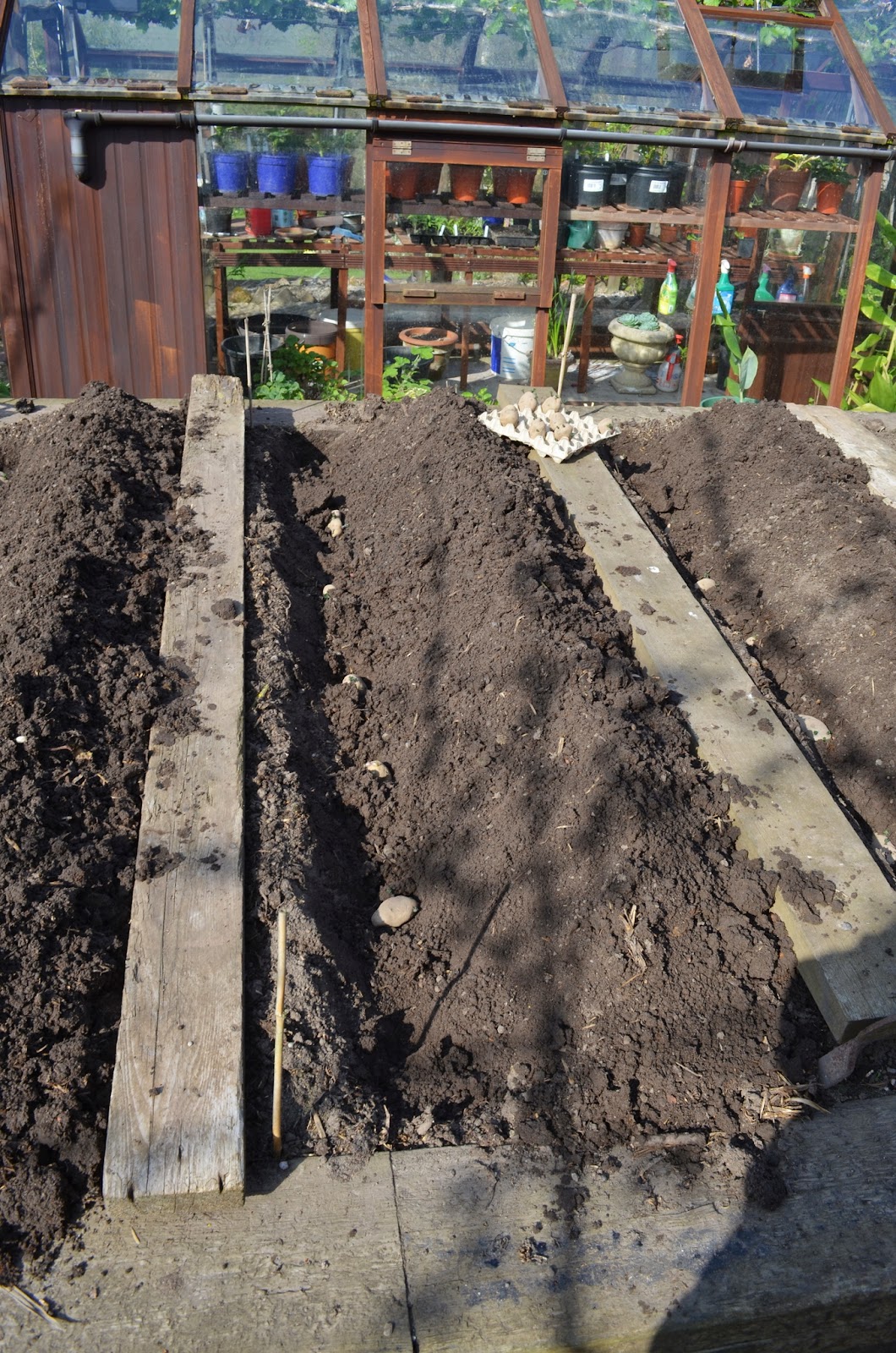 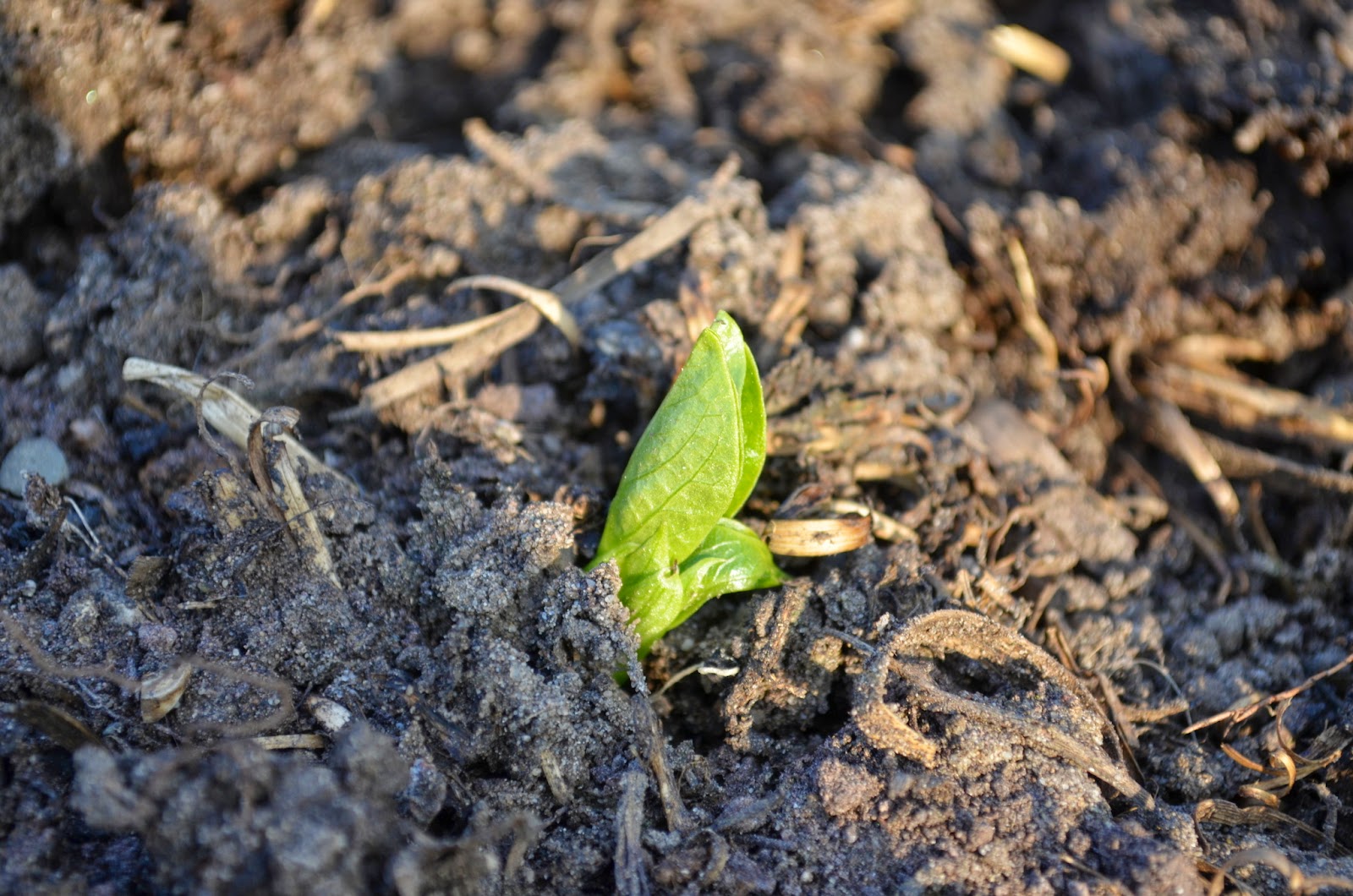 Most importantly, potatoes (Arran Pilots) have now been planted along with a couple of rows of spring onions, a row of Greyhound cabbages and half a row of Pak Choi.  Having been sown 2 weeks ago, the broad beans are up and looking pretty good for now!  There's the odd miss but c'est la vie. A fellow garden opener kindly gave me some pink flowering beans so I have a row of Aquadulce and another of Val Mill's specials! 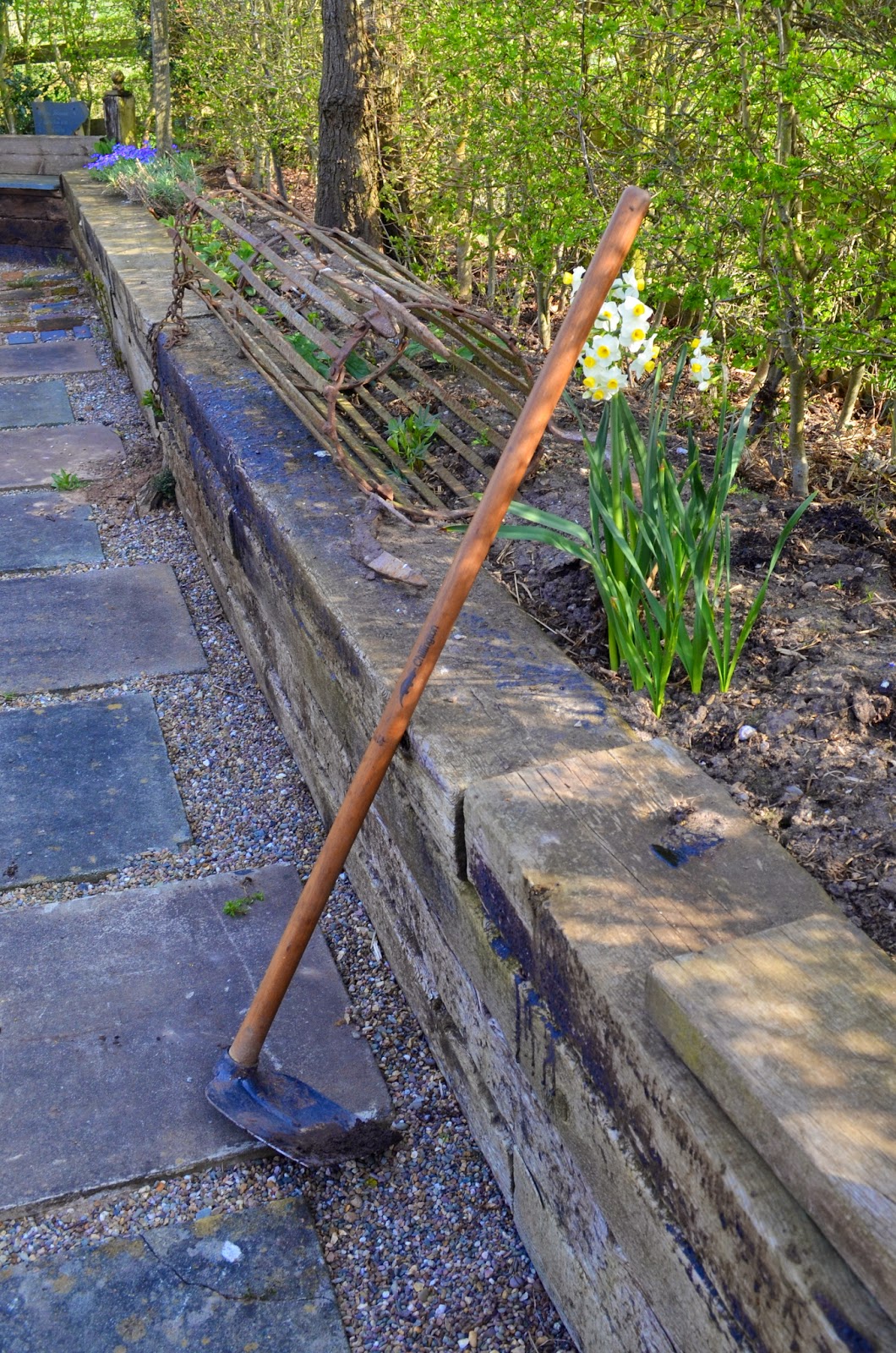 It was just too wet for potato planting on the traditional Good Friday so instead, it was good Wednesday!  Following an interesting discussion: this year it was a toss up between planting potatoes individually (Genever style) or planting them in traditional rows.  In the end, tradition got the better of me!  This is the one job when my stocker comes in so useful as it's the perfect tool for the job and also for earthing up.  So, as usual, it was 3 feet between the rows and the potatoes a foot apart - my foot, that is!  I'm lucky enough to have acquired a mottley collection of boards and they are such a boon when it comes to preventing soil compaction.  The few remaining potatoes were planted in grow bags in the greenhouse and hopefully provide an early meal.  The rows will be earthed up as soon as leaves begin to establish above soil level.  In the meantime, best use was made of the rather natty Genever plant labels!