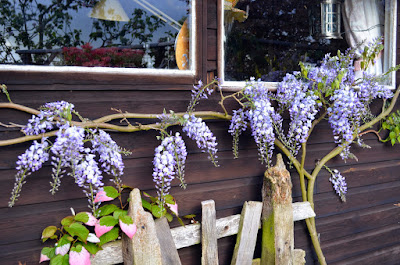 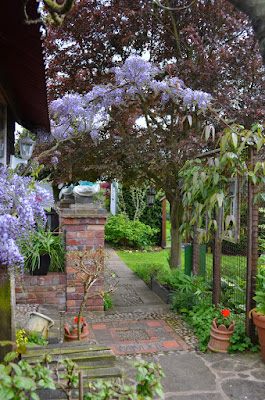 A Wisteria with history grows over the studio.  I propagated this one from a Wisteria from Cook's nursery in Stourport which they propagated from a really exquisitely mature specimen which drapes itself elegantly over a quaint pub called The Dog at Dunley.  In turn, that one was propagated from a really grand old Wisteria from Witley Court.  Presently, Witley Court is in a state of  'maintained dereliction' Once upon a time, it could have rivalled Blenheim Palace.  Now: given that Pear Tree Cottage was part of the former Witley Court estate, this Wisteria has come full circle.  Furthermore, the sparrows haven't touched it! 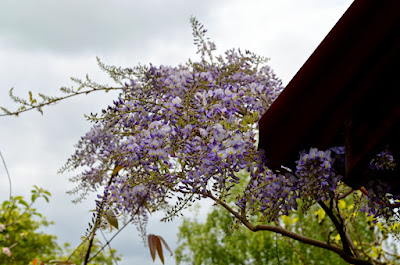