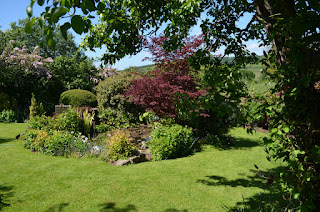 Well it was judgement day for 'Britain's Best Gardeners' Garden' at PTC and, thank goodness, the sun decided to shine.  If we'd had Monday's gales it would have been a disaster!  Instead, the cuckoo was singing and the garden was full of baby robins and blackbirds scuttling around in the borders. 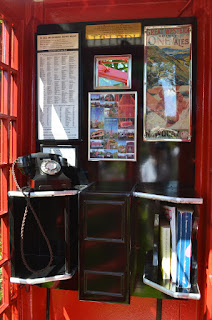 Having mowed the day before, I managed to finish the edging and have a really good tidy up everywhere before the judges arrived. 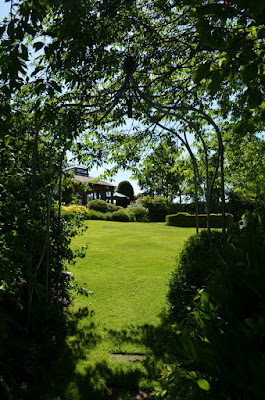 That meant sweeping out the greenhouse - again, rushing around placing cushions on every seat and trimming the Jasmine (nudiflorum) from around the stone seat. I even remembered to top up the pond levels from the well. The telephone kiosk wasn't forgotten and Janine waged war against spiders.  In fact - it was looking so tidy, I even found time to run around with the camera. Judgement Day Photos 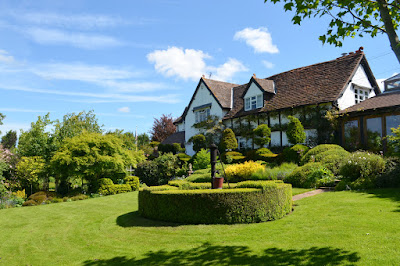 The three judges arrived at 2pm and stayed until 4pm. Having established that afternoon tea and home made lemon sponge cake wouldn't be considered bribery and after walking round the garden; tea and cakes were duly served on the terrace.  They were very nice and seemed to enjoy the garden - they definitely enjoyed the cake!!  We're still on a knife edge as they have yet to visit another competing garden in Yorkshire.

In the meantime, our local radio station expressed an interest so I was able to participate in a radio interview on BBC Hereford & Worcester and help promote Wichenford Open Gardens on 20 & 21 June 2015 - in case you've forgotten!!  Hopefully punters will be queueing up at every garden gate!