Doing Away with Damaged Dogwoods 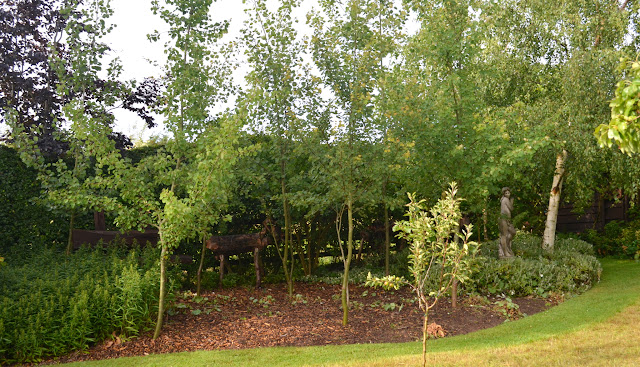 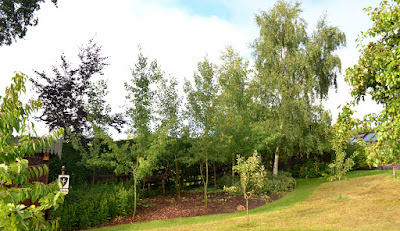 Having mown the hay, we took a long hard look at the Aspen Grove and the damaged Dogwoods which had suffered so much wind damage and just didn't look right any more.  Their big leaves mean much wind resistance and so many had just broken off.  Also,they seemed to be overtaking the Aspens themselves and just didn't look 'woodlandy'.  Initially, neither of us said anything  but both Chris and I were thinking exactly the same thing, they had served a purpose but were now redundant.   We won't be short of winter colour as we have many more around the pond.  Having mulled over all these thoughts: it was out with the axe and spade!  Half an hour later they had disappeared and the Aspen grove looks better for it.  We hope to get some more wood chip and mulch next week.  As for now, it looks altogether 'cleaner' without untidy leggy Dogwoods.  Who needs 'em???!!