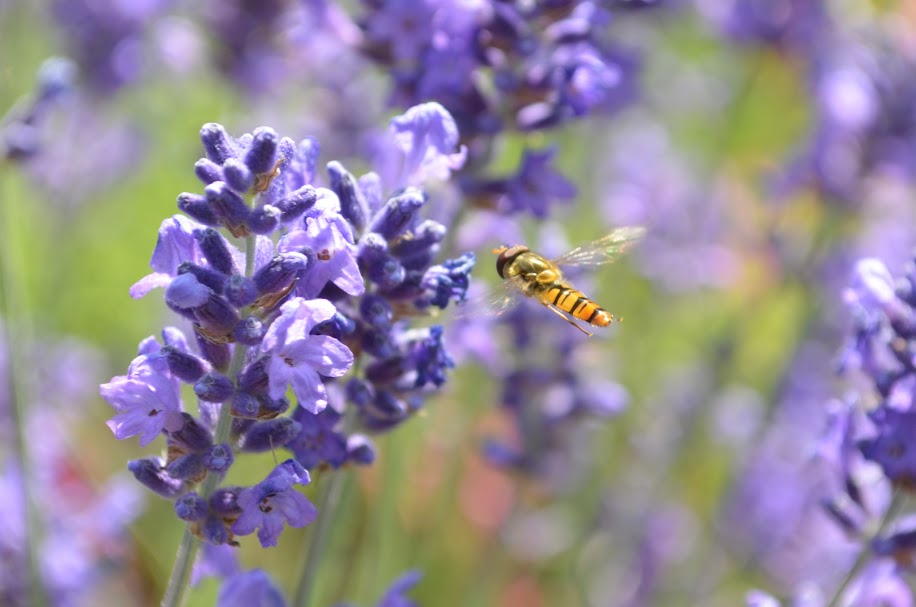 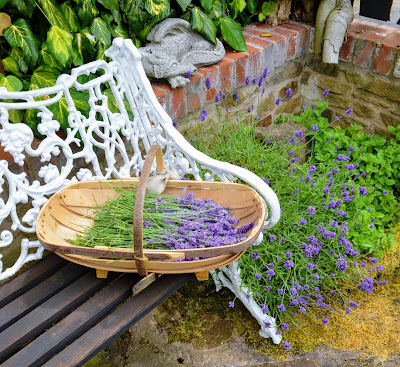 Preparations for yummy Lavender shortbread need to begin early! Lavender flowers have just been picked and bunched and are now drying ready for storage. The most tedious job is de-flowering the stalks when it has dried! Sometimes I make Lavender sugar as well as keeping the dried flowers for shortbread.

This year, Chris suggested we leave some to self seed in the gravel by the summerhouse. Our Lavender came from a late customer/friend of Chris's and is known as Mrs. Slingby's Lavender! The flowers were all covered in 100's of bees and hover flies and not all enjoyed being displaced! 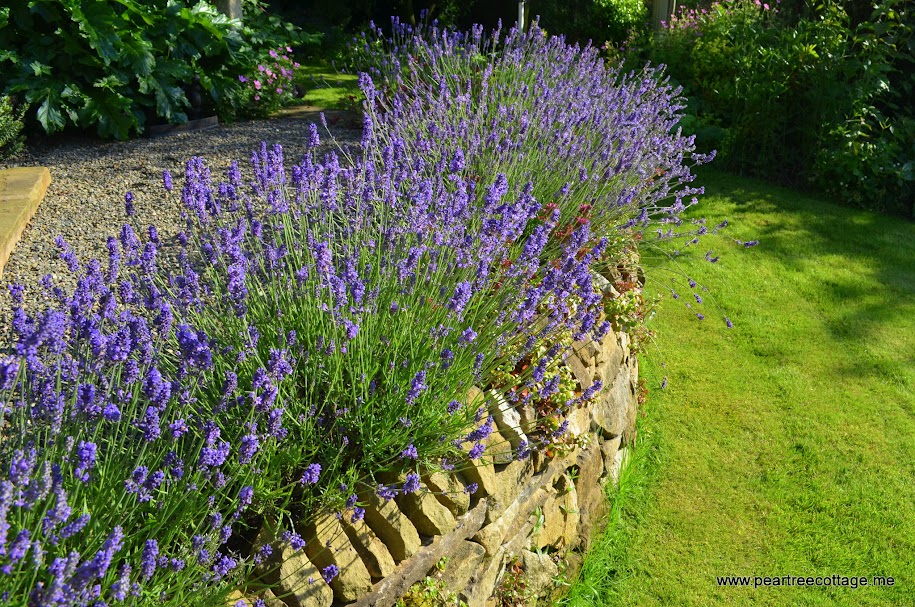