Time to smell the roses! 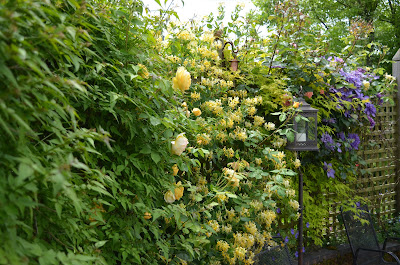 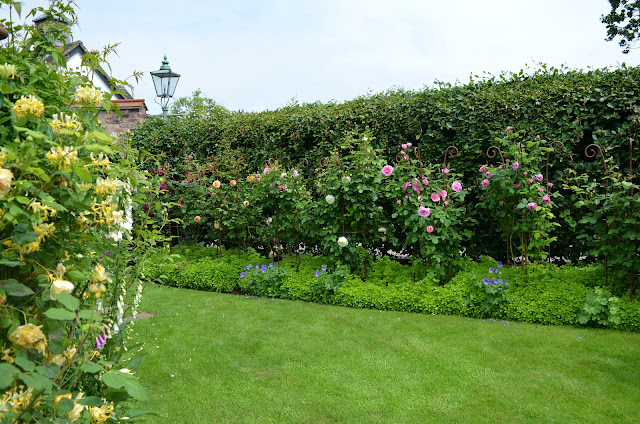 There's been so much happening in the garden of late, there's been absolutely NO time left to write any posts.  Avenues of Verbena bonariensis have replaced the old Michaelmas daisies, Magnolias and silver birch trees have been pruned, hedges have been trimmed, grass has been mowed, edged, strimmed, snipped & trimmed countless numbers of times! 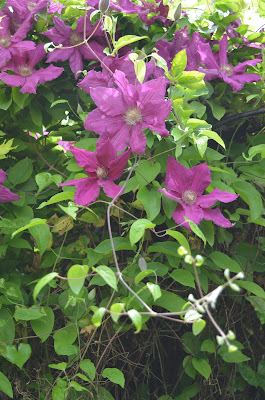 The pond has been a complete pain since we had our influx of goldfish and the filter has blocked numerous times. Cleaning out all the silt is a fairly major and lengthy operation made worse when vital pipes have been broken and requiring immediate replacement improvisation! 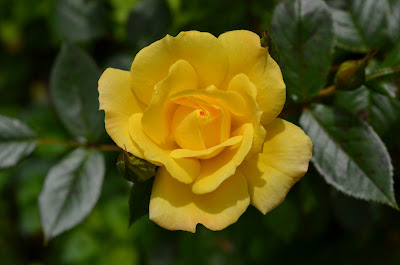 Meanwhile in the quite lengthy sunny spell, the garden is looking really pretty with the roses at their best right now. The hardy geraniums are all in full bloom and the scent from the Honeysuckle and Philadelphus is filling the garden. In fact, the weather has been so cooperative, we've even been able to dine al fresco and enjoy the scents and sounds! The greenhouse has been very busy with seedlings being grown, pricked out, potted up, hardened off and planted out - conveyor belt style!

The vegetable plot has had its trickiest season ever. Germination rate with peas, beans and carrots was appalling - the worst ever. Three sowings later we do have something at least something to show for our trouble but, compared with usual years, it's been a poor lot!

Compensating for the vegetables is Chris's Paul's Himalyan Musk rambler which is not only in full bloom but has scrambled to the top of its old wooden ladder and is up in the Leylandii!!