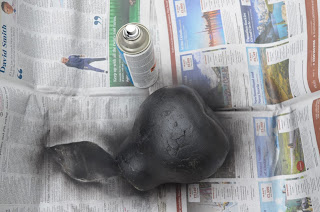 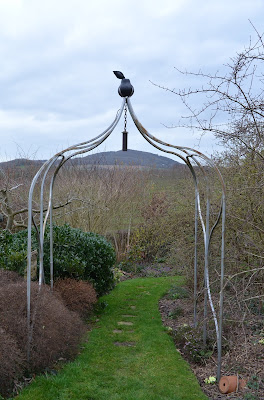 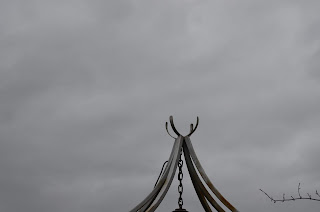 Also on the list was to repair and repaint the pear which lives on the 'Pear Arch'. The original leaf was broken ages ago and it needed some TLC.  We cut a new pear leaf from some old lead and, believing it was a metal pear, we set about attaching the lead leaf. Little did we know the pear is actually ceramic and the stalk broke off leaving a hole in the top. Chris came up with the bright idea of filling it with a quick setting concrete, attaching the leaf to a nail and embedding the nail in the concrete. Hey presto a pear with a new leaf that now weighs a ton! A quick clean up and respray and it was put back in position. Well; Worcester is known for its famous Black Pear! 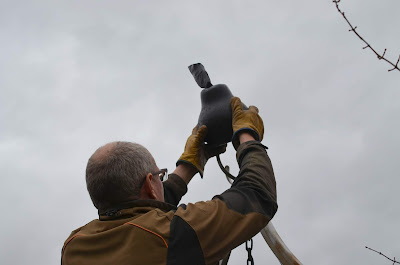