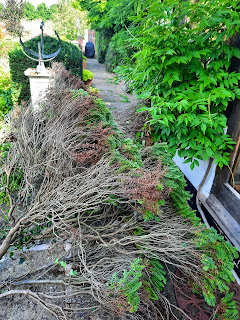 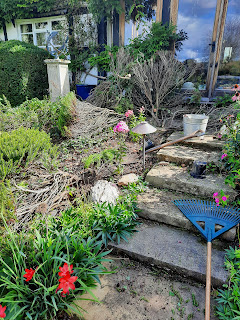 Chris is having a well deserved break this week.  Heaven know what he's going to say when he sees what I've been up to.  I must say, only one Saturday away and I'd have sold my soul for his chainsaw!!  I tackled a massive multi stemmed old Hebe with a pruning saw and it took me ages.  He would have done it in seconds!

This all came about for 2 reasons, One: it kept flopping over the well path steps and light. Two: I bought a couple of fab later flowering Phlox plants (Europa and Maculata Rosalinde) from Stone House Cottage Nursery  The idea is to mirror the perennial colour  already on the opposite side of the path.  I'll split and move some Rudbekias and also some Echinceas to increase the effect.  Firstly, I need some muscle to dig out the Hebe roots!

Hopefully, this time next year, it will have established and look a riot of colour!  As bare as it looks now, I'm not missing the Hebe at all and the view towards Woodbury from the conservatory is much extended! 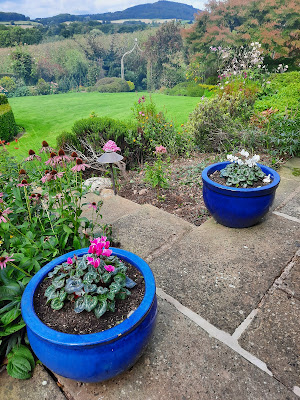