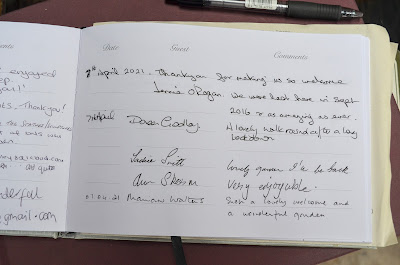 Well actually not quite.  The very first were Kempsey Ladies Circle who visited last week.  Sadly for them it was one of the many Arctic April days with glacially low temperatures & biting north east winds.  These hardy enthusiasts deserved The Garden Explorers' Award of Courage!!  It was far too cold to think of using a camera! However, it transpired that had visited before in September 2016.  At least they saw the garden in its (winter during) spring livery! 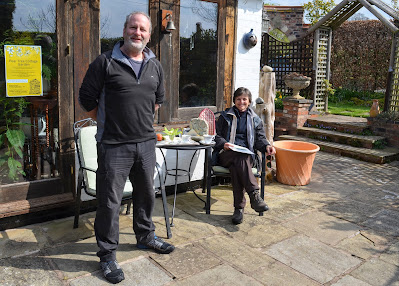 Today, we welcomed two more visitors from Malvern who had the foresight to bring sunshine! Always a wise move.  Despite the still cool temperatures, they at least, were able to sit outside for their homemade teas and it was even warm enough for a quick photo shoot!  Sadly, they took the sunshine with them when they left so it's back to polar temperatures!