So much been happening in the garden & little time for blog posts!  The weather has been consistently appalling with gales, heavy rain and hail which blasted down like razor blades.  It was a wonder the Wisteria even lived!  Such a shame when it was in full bloom.  However it stood up to these rigours pretty well and was sheer joy.  this year we were a National Garden Scheme nominated Wisteria garden and, despite the weather, enjoyed having visitors who came to admire it. 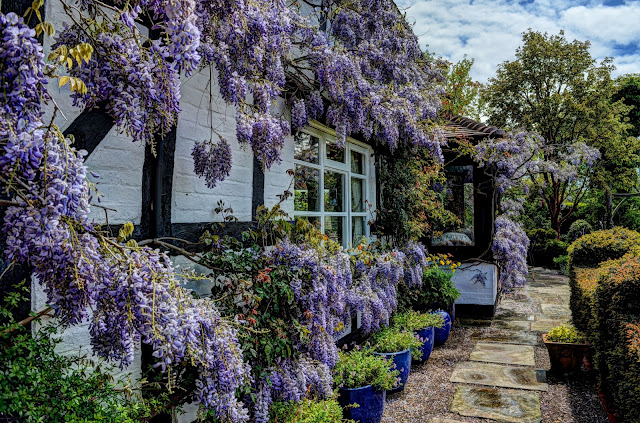 So lovely that we decided to expose its truck which, hitherto had been completely obscured by a Jasminum nudiflorum.  This work is ongoing and some areas of the house wall will be in much need of painting. 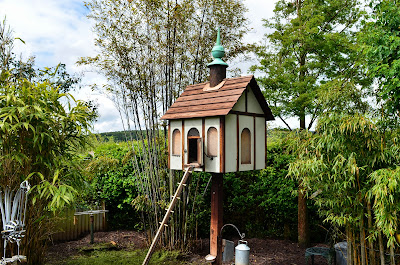 Away from the Wisteria for a moment - a few weeks back, I was lucky enough to be given a really pretty aged copper finial (by a certain Chris Pugh) with a fabulous green patina.  Historically, these finials were used to protect the tops of telegraph poles from the weather. Last Saturday, Chris Genever came and it now stands tall and proud on the House for Hens.
Hopefully, the girls appreciate their major architectural upgrade!!