Participating in The Gardens of Wichenford 2021 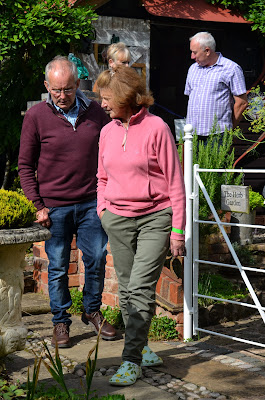 It goes without saying that the lead up to our biennial village open gardens is always hectic - to say the VERY least!!  We borrowed tables and chairs with accompanying cloths and napkins, urns and even a giant coffee percolator!!  We had been slaving in the garden for days and even managed to overcome a major pond problem as a pipe had partially fractured which lead to emergency repairs the day before.  Lawns were manicured, last minute spot weeding and much sweeping and tidying - despite high winds and scudding clouds.  Cake numbers started to mount up as friends made deliveries. 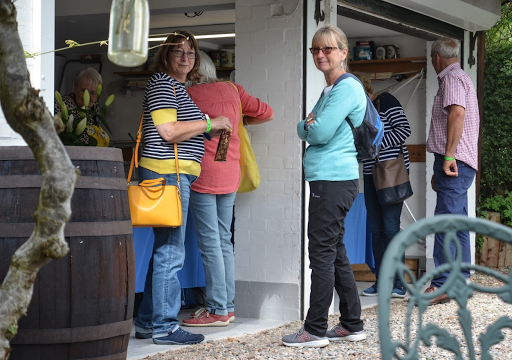 On the 1st day, the weather looked anything but settled but at least we had ladies to serve coffees and afternoon teas which was just as well as 177 visitors trickled through the garden gate.  This year, we chose to use disposable tableware which, again was a wise decision as, the following day, visitor numbers increased to 308!!  At the absolute 11th hour, several, local ladies came to our rescue, donned on aprons and served teas from the garage. 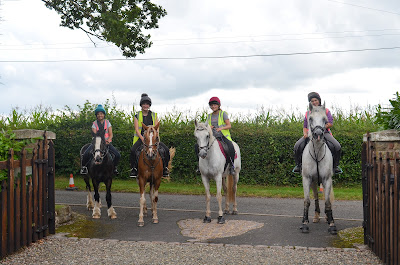 On Saturday Richard Goldman played Greg's old (and now rare) yachting piano - much to the delight of visitors sitting on the terrace.  Click on the photo in this link: Richard on Greg's old piano. It sounded so fab and even attracted 4 ponies which arrived at the garden gate!!

As well as thanking every single person who made cakes, delivered cakes, parked cars, served teas: a special thank you to Janine Fox who provided the star prize for our garden Treasure Hunt and the one and only (often elusive) Chris Pugh - without whose help, the garden wouldn't look the way it does and who roped us into this open garden lark in the first place!!!!

Looking back, we were incredibly lucky with the weather and the event raised a staggering £6,400.00 for our local church and for the Nora Parsons Day Centre (which provides activities for our local elderly residents).  Once again - a MASSIVE thank you to all helpers - it simply couldn't be done without you!!

Checkout the link below!

Photos from The Gardens of Wichenford