Up the Garden Path!! 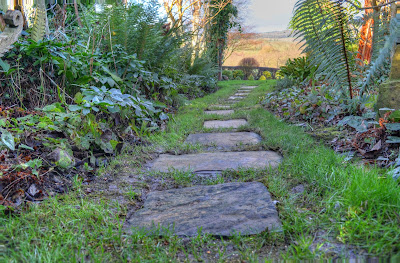 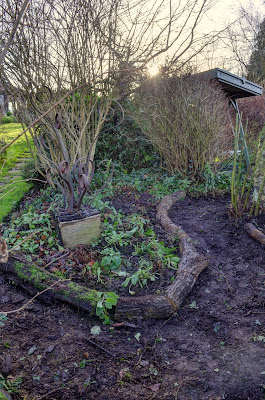 New Year garden work seems to involve nothing but path work - one way or another! Either re-routing paths or power washing stepping stones.  In winter York flag stones are perilous when wet as they're covered in algae and like walking on ice! Chris began by power washing the Fernery Path stepping stones.
That was after we'd pruned a monster Rosa Moyessii and decided to re-route the Service Path around bothe the cairn and the Moyessii.  This involved removing a dead lilac, moving ferns and Pulmonarias and stealing logs from the log store with which to edge it.  All we need now is another load of wood chip!!