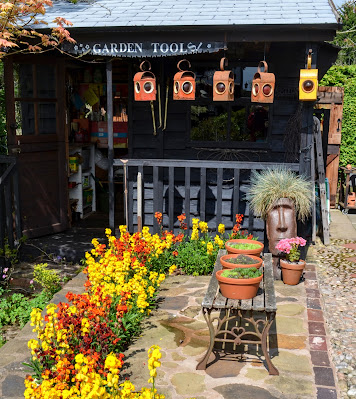 It had always been very wobbly with loose and detached slats but, over time, had become worringly unsafe!   A long time ago Chris had rescued some fabulous and unusually long slate shelving which had been carefully stored for ages without being able to find an ideal spot for such long pieces.  It seemed such a shame to cut them.    After MUCH soul searching and deliberation, I decided it was better to shorten them but at least 'use' them.  Chris Genever made a metal brace and glued the now shortened slate shelves to a sealed piece of fibre board. The sealed board supports the slate and is protected from rain and weather by the slate.  I now have a very smart recycled plant table which is actually wider than the original and could also be used as a bench om which to sit.  It's now very solid and weighs an absolute ton.
Yet another thank you to both Chris's!! 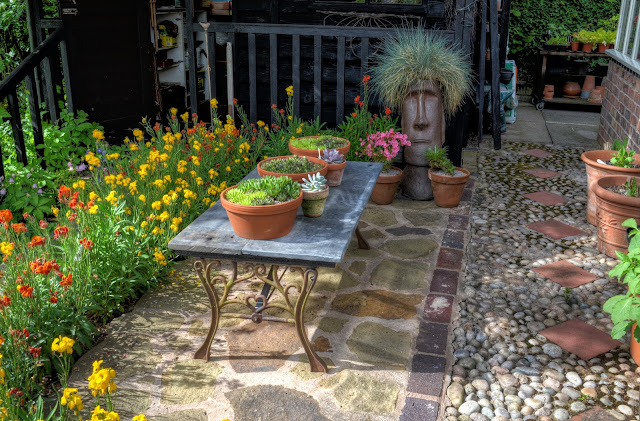