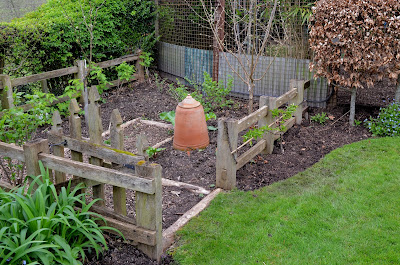 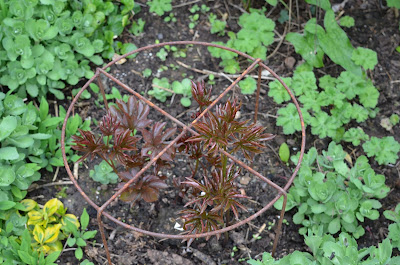 As well as moving pianos into the Pear Hut(!), real garden work continued in the form of moving Paeonies, Lychnis and a Euonymous in the Lower Border. Things look a little more artistically and evenly spaced as well as affording the Paeonies more direct sunshine - which should mean more flowers! This year, and unusually for us,  we're totally on top of staking and most if not all is done.

We also moved a small Malus which had had its leader broken in last year's snow. I've decided to grow it on as an espalier along Nutberry Noak fence.

As Chris had strimmed some edges, a quick race round with the lawn mower before we finished and time for drinkies!