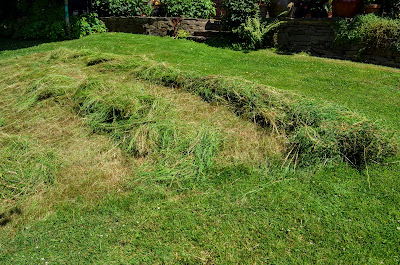 Well, haymaking PTC style.  Chris used a hedge cutter and I used a spring tine rake. As he cut each line, I raked the cut grass into swathes.  It worked absolutely perfectly!!  It's 'micro' haymaking and if actually baled would probably amount to only 2 bales max!!  However, we use our hay to like the chickens nest box and it's 'SO' much better than bought bedding - whatever that contains!  Yes - we ran out of hay 3 weeks ago and were forced to buy this commercial bedding - chopped somethingorother!!  It smells awful and we hate it! 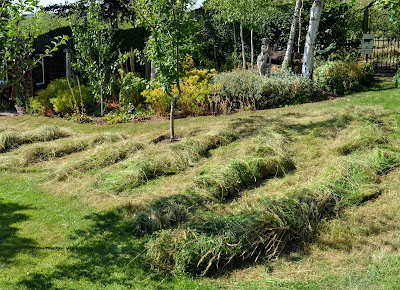 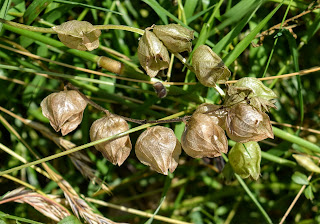 With the already declared national emergency due to predicted 90 degree temperatures next week, I think we've timed our haymaking perfectly!!  The Yellow Rattle planted a couple of years ago thrived and has now set seed.  Even before a G&T, I turned it and only WISH I could share the smell as its dries in the sun!  It's just DIVINE!!  Memories, memories!!  Nor sure what my Daddy would think of my haymaking methods but he'd probably laugh!!! Having said that; I did get 2nd prize at our local ploughing match a few years ago and that was competing against real experts!